T he great awkward double story house which once stood where the graceful Merriman House now stands belonged to a Mrs Thackray who sold it to Canon R.J. Mullins as extra accommodation for his Institution. He did not use it, however, but leased it to St Andrew’s in 1882. It was named ‘St Andrew’s House’ and here Professor Matthews’ survey students took up residence.

Merriman has always been considered an academic House and has an admirable record in academic and cultural pursuits.

Among the eminent old boys of Merriman is former Judge President of the Cape Division, Edwin King, whose school boy antics were as legendary for their mischief as his judgements are distinguished for their wisdom; Surgeon Rear Admiral Ronald Snow and Rear Admiral Kenneth Snow – both of whom served on the Royal Yacht Britannia, distinguished academic and former Acting Master of Yale in the United States, Murray Biggs; sculptor John Gardiner; explorer, author and mountaineer Richard Hudson. Merriman has produced no less than 11 sportsmen who hold national colours – in gymnastics, hockey, powerboat racing, canoeing, aeronautics, shooting and equestrian. 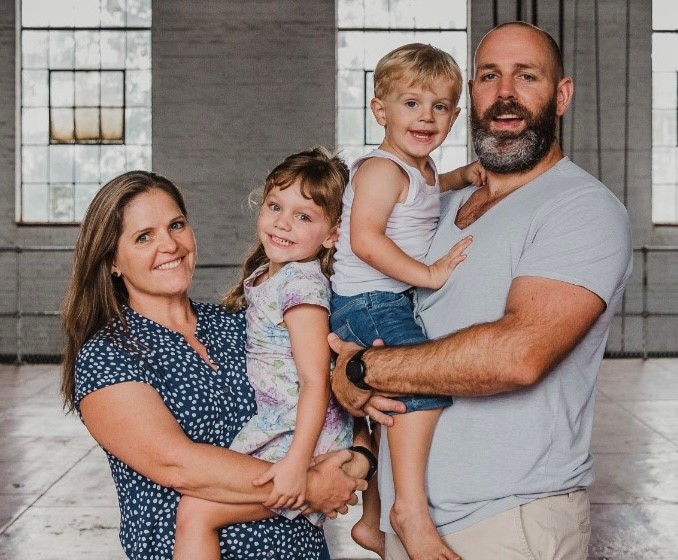 Jonny, Victoria, Isabella 4 and Richie 3. Jonny matriculated from St Andrew’s in 1999 and after a number of years of studying part time while playing semi professional rugby in South Africa, New Zealand, France, Italy and the UK it was time to settle down. In 2010 Jonny did his PGCE at Rhodes while doing an internship at St Andrew’s. Jonny was the Director of Rugby and taught History and Phys Ed at St David’s Marist in Joburg from 2012-2016 and was the Director of Rugby, Housemaster and History teacher at Kingswood from 2017 – August 2021. Jonny was born and bred in Grahamstown and Victoria grew up in King William’s town. She matriculated from DSG in 1995 and is currently part of the DSG advancement team.