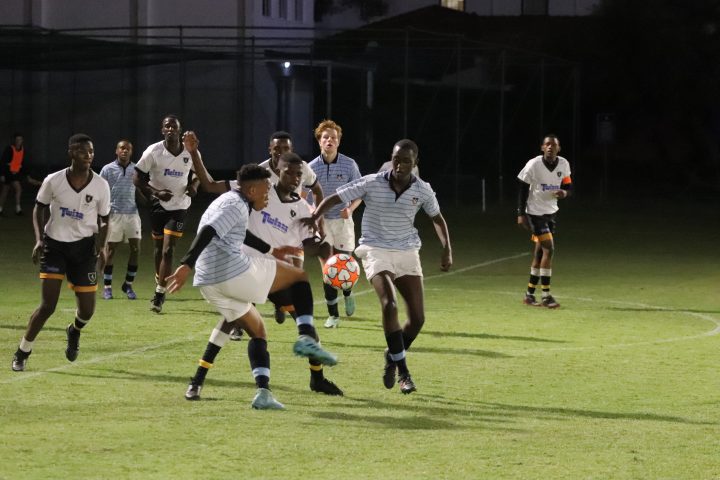 The U15A match was played with a great level of flair and skill. The Queen’s team started the match really well. They created numerous counterattacking opportunities and eventually scored midway through the first half. St Andrew’s fought back bravely in the last 10 minutes of the first half and had an
outstanding second half. The combination of Thato Machaba and James Stapylton-Smith as center backs was nothing shortof a defensive masterclass. These two defended extremely well through a high press and excellent communication with their mid-field. This gave the likes of Kamvelihle Kese, Oliver Jonckheer, Ababalwe Zingela, Kahaya Kabushenga and Tom Clucas the opportunity to attack with freedom, speed, and confidence.

The team was eventually rewarded with a goal 15 minutes from the end. David Brits made a significant contribution off the bench and played a lovely through-ball to Aphindile Ngcuka, who executed well. The U15s created numerous opportunities to win the match in the last 10 minutes through some clever tactical changes made by Mr Mpangeva. Kumkani Kabane, Ayabulela Mzamane and Kamva Bodlani all contributed towards innovation and accurate passing. However, the Queen’s keeper had other ideas and made some spectacular saves. Jake Jackson refused to be outdone by his opposite number and made some remarkable double- saves himself. Roman Van Zyl, Robert Faber, Thandolwethu Nxumalo and Anga Mayatula reinforced the team’s balance between attack and defence. The team was rewarded with a corner for the final play of the match. Tom curled in a beautiful ball which landed almost perfectly for Robert Faber, who made good contact but just shaved the right-hand side post. A wonderful match ended 1-1.

The scene was set for the highly anticipated 1st XI match. The floodlights were switched on, and the College boys were buzzing with energy as they waited for the 1st team match to kick off at 19:15. There’s nothing quite like Friday night football. Both teams started the match with an impressive balance of skill and intensity. College dominated possession and territory but battled to convert their opportunities. Queen’s changed tactics late in the first half and converted one of their breakaway opportunities to lead 1-0 at halftime. The College boys believed in their team and cheered them on with great passion. The spirit of Ubuntu was alive and well on Knowling Field. The 1st XI came out firing in the second half.

Skillful passing by Vika Mabanga, Luxolo Jacobs and James Jakachira, and high work rates off the ball by Matthew Froneman, Zachary Rugamba, Zan Jonah and Kingsley Maswanganyi eventually resulted in a free-kick just outside the Queen’s box. Mitchell Lowe struck the ball beautifully, bending it around the wall to place it in the bottom right- hand corner.

The scores were level with approximately 25 minutes to play. Both teams desperately wanted the win. The match constantly switched play, and both teams had to defend as much as they attacked. Neil Karimba, Trevor Wabbi and Mfundi Leta remained the backbone of the College defence. All three defended with grit and determination and made countless tackles to break down the Queen’s counterattacking efforts. Tapuwa Kabwato had diffcult moments to deal with, but there was no way he would let Queen’s in on his final match for College. The 1st XI created a battery of opportunities during the last 10 minutes of the match, the combination of skill and raw speed by Kefilwe Nxumalo and Mumbi Kayula late in the second half caused the opponents all kinds of challenges. However, the Queen’s defence held firm, and they too stood up to the challenge. Every single College boy cheered for their team, and every 1st XI player played for every College boy right until the final whistle.

Thank you to everyone, especially Queen’s College, who made a special day of football possible. Thank you to Mr Mpangeva and Mr Ladds, who prepared their teams extremely well. Mr Gumunyu and Mr Wilkinson, and his staff made the expression “the beautiful game” come to life with a spectacular layout on Knowling Field. And thank you to you, the College boys who cheered and supported your team with passion. Football is truly the beautiful game. We look
forward to more incredible Eastern Cape Football Derbies in 2022. 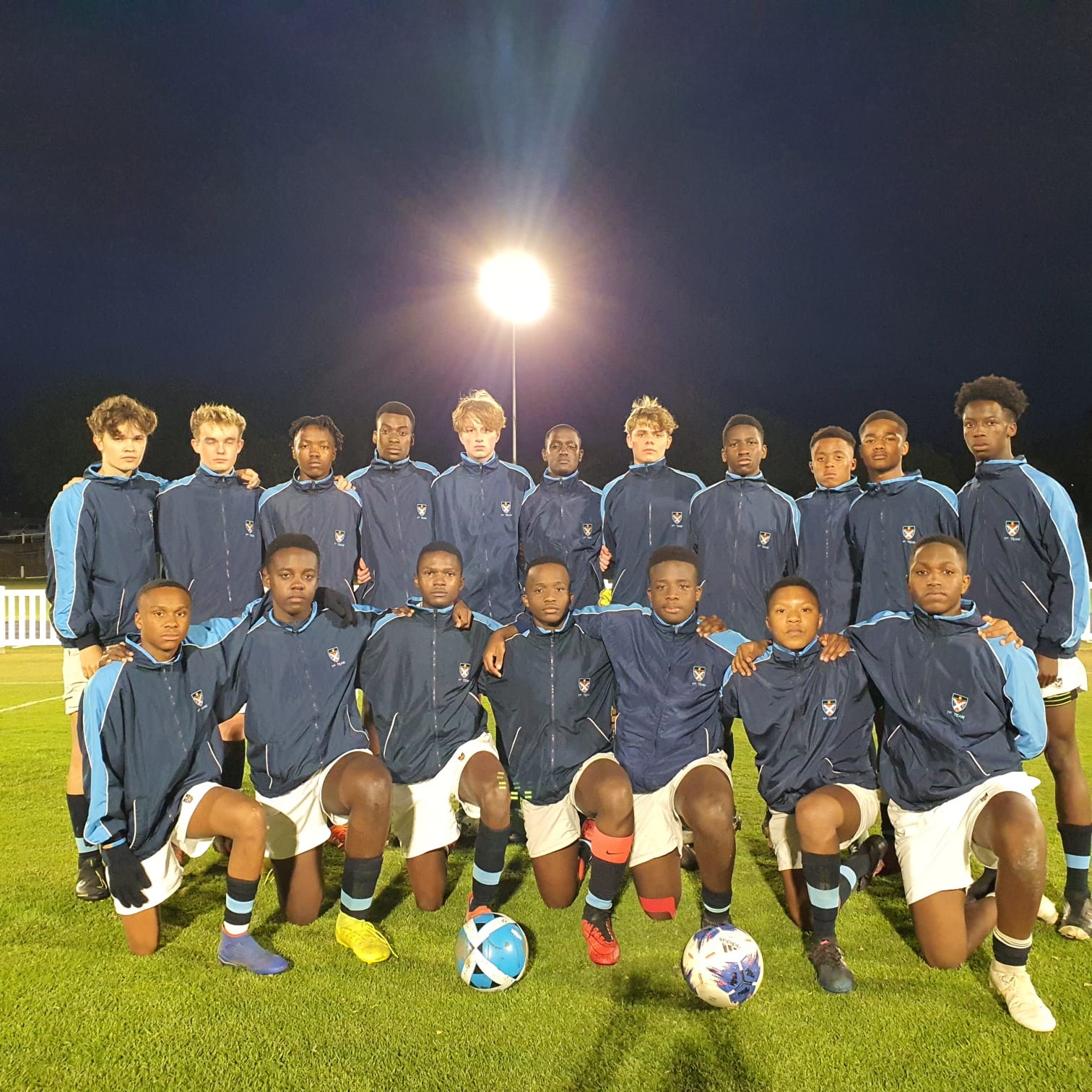 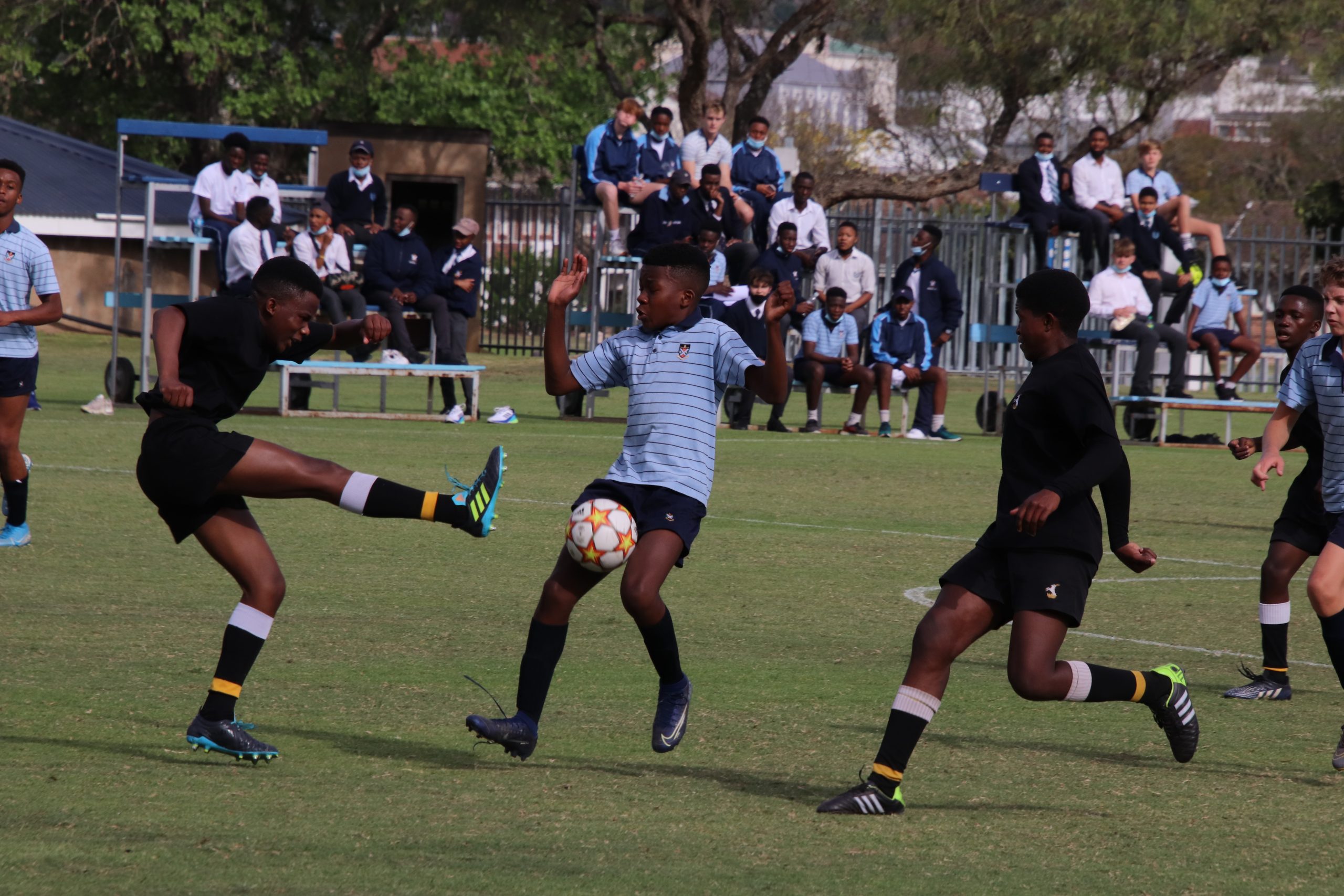 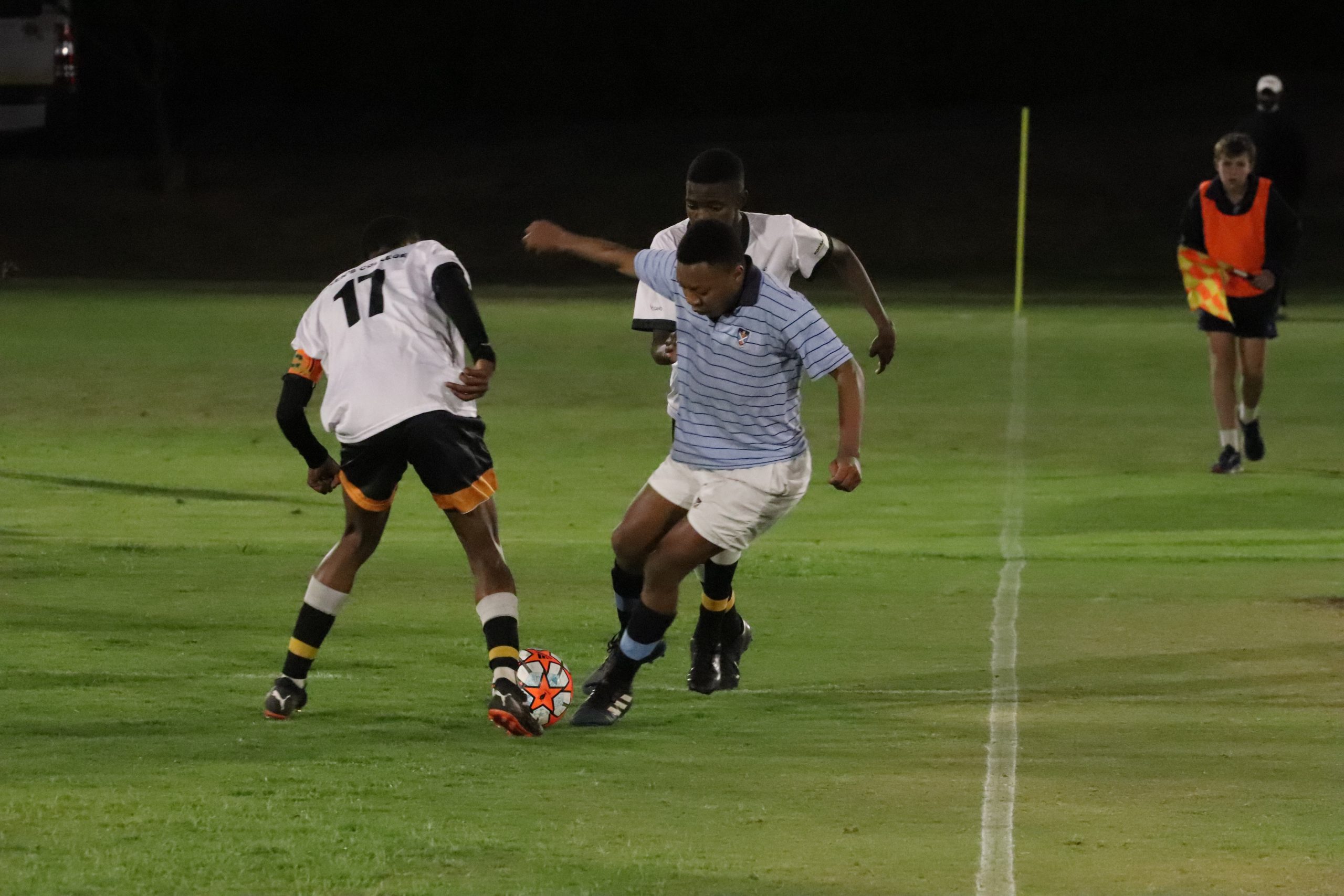