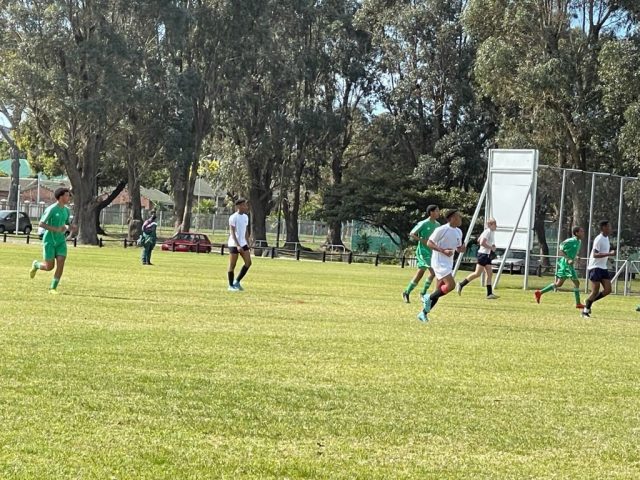 The Football Club recently travelled to Gqeberha to play in fixtures versus Hearts FC and Victoria Park High School. There was a great sense of excitement, anticipation, and competitiveness among the boys as 7 College football teams started their journey to the Friendly City.

The B-team matches were highly entertaining. The U14B created a battery of opportunities through Joshua de Villiers, Owen Kanyemba and Roman Doherty, who eventually scored just before the break. The team missed a number of chances through pursuing spectacular finishes rather than keeping the ball on the ground, and simply placing it in the back of the net. Hearts scored 3 quick counterattacking goals in the second half and celebrated a 3-1 victory over the
College boys.

The U15B and U16B games were more physical and fast-paced. In both games, the College teams were highly competitive in the first half. However, football-specific conditioning let the boys down in the second half. The College boys never got into the mindset of “parking the bus”, the likes of Gareth
Johnstone, Thato Machaba, Jared Hayes and Rolo Turvey never game up. The boys fought for every inch of the pitch and never made it easy for their Hearts opponents. This positive mindset and desire to win eventually led to a brilliant team goal by the U15Bs, the through-ball by Johnstone, the touch by Mashaba and the far-post finish by Hayes were celebrated by all who witnessed it.

The U16Bs conceded three soft goals and battled to silence the brilliance of the Hearts keeper. The team lost 3-0 but can be proud of their efforts. It was a great day for the Bs, many lessons were learnt against teams which have been together for several months and who play high-quality football on a weekly basis throughout the year.

Thrillers. There was absolute beauty in every single goal being scored at VP High – through free-kicks, open play, and out-witting several defenders single-handedly – as well as the artistry of the incremental build-up, plays, the final pass and the link-up of players combining to put it in the back of the net. It rained goals during the A-teams matches.

The U14A played an attractive brand of football. The balance between individual brilliance and collaboration was of a high standard for a junior team. Matthew Ladds, Asante Chivere and Phoka Bakoro all contributed to celebrate a 4-1 victory. The U15A team proved that it’s not only goals that make football attractive and beautiful. The U15A put up a defensive masterclass with all 11 players working extremely hard to transition from attack to defence. The team’s pressure and
determination were eventually rewarded with a penalty.

Cool, calm, and collective Aphindile Ngcuka stepped up to the mark and put his team 1-0 up. VP came back strongly in the second half and deserved a penalty of their own. With the scores level, it was all the play for. Tom Clucas combined brilliantly with his forwards to claim the second goal and seal a hard-fought 2-1 victory for the U15As.

The U16A game started with great intensity and speed. The game had some spectacular goals and some wonderful team plays, but unfortunately, what could have been an absolute spectacle, was spoiled with off the ball incidents and poor discipline. It’s back to the drawing board for the U16As, whom after conceding easy goals, lost the match 5-2.

It is a well-known fact that the VP 1st team has consistently been one of the top football team’s in the Eastern Cape and indeed the country. This challenge certainly excited the Colllege boys, and the team gave it their absolute all in the first 30 minutes of the match. The team played extremely well, and through dynamic team tactics and clinical finishing by Kefilwe Nxumalo, the team was 2-1 down at halftime.

The 1st XI tried their best to stay in the game during the second half, but the VP boys’ general conditioning and level of skill got the better of the College boys. The final score is perhaps not a true reflection of the game, but the number of lessons the College boys learnt from the experience will certainly guide them through some challenging fixtures in the upcoming weeks.

The Football Club thanks those who made the fixtures possible. 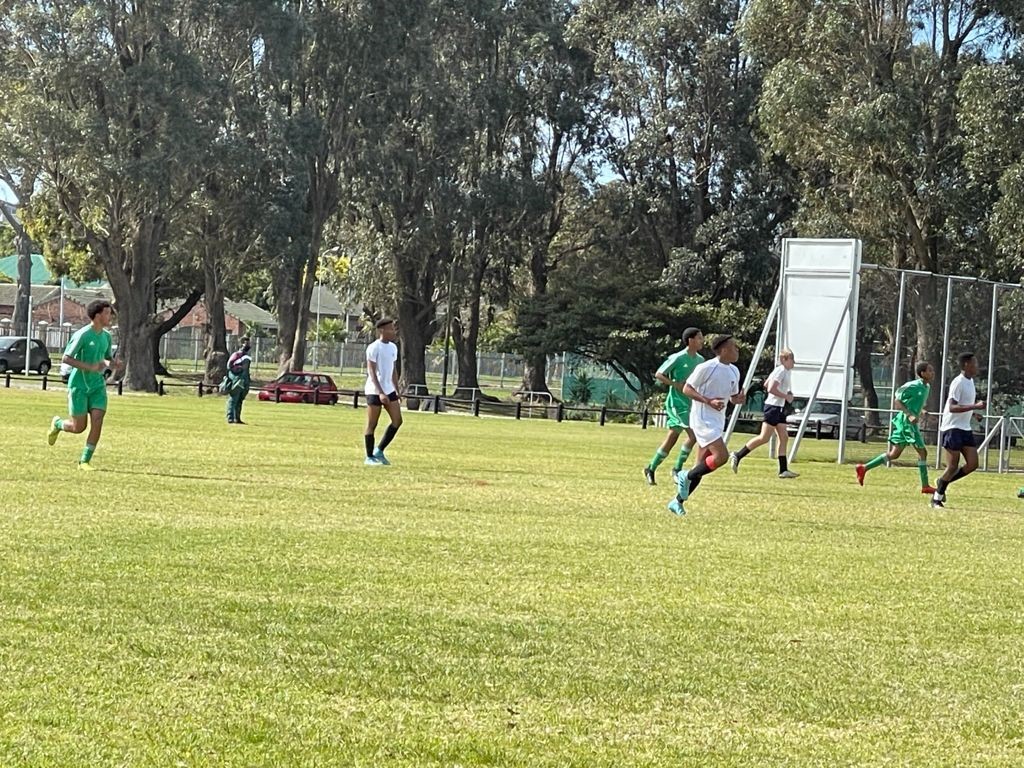 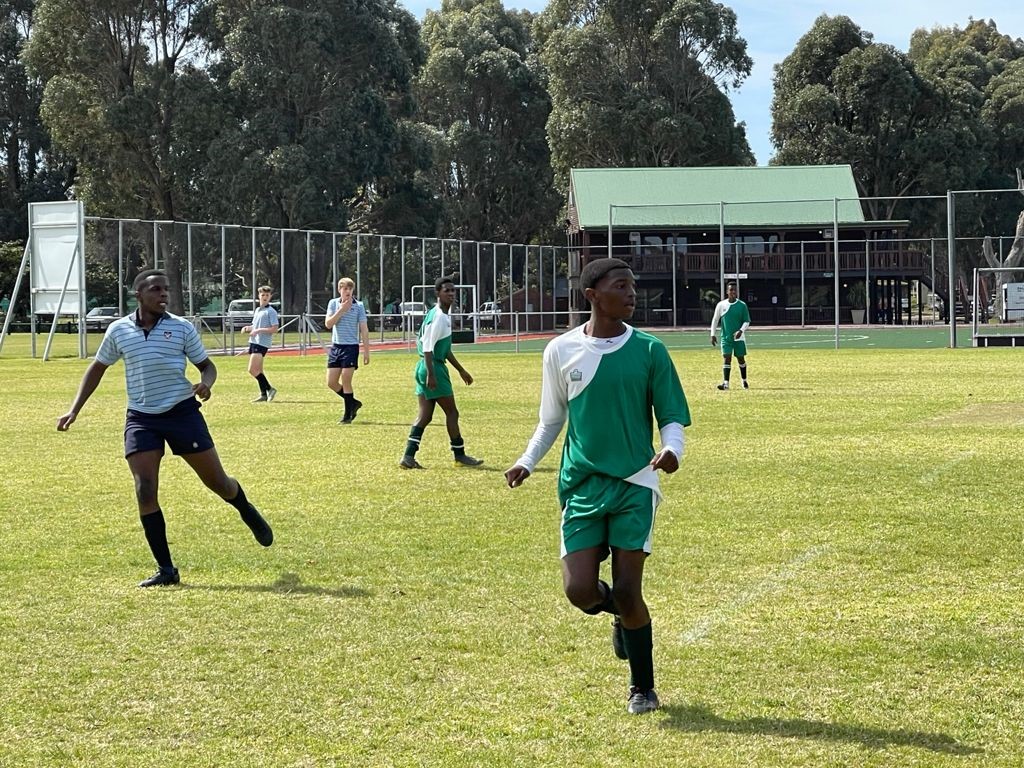 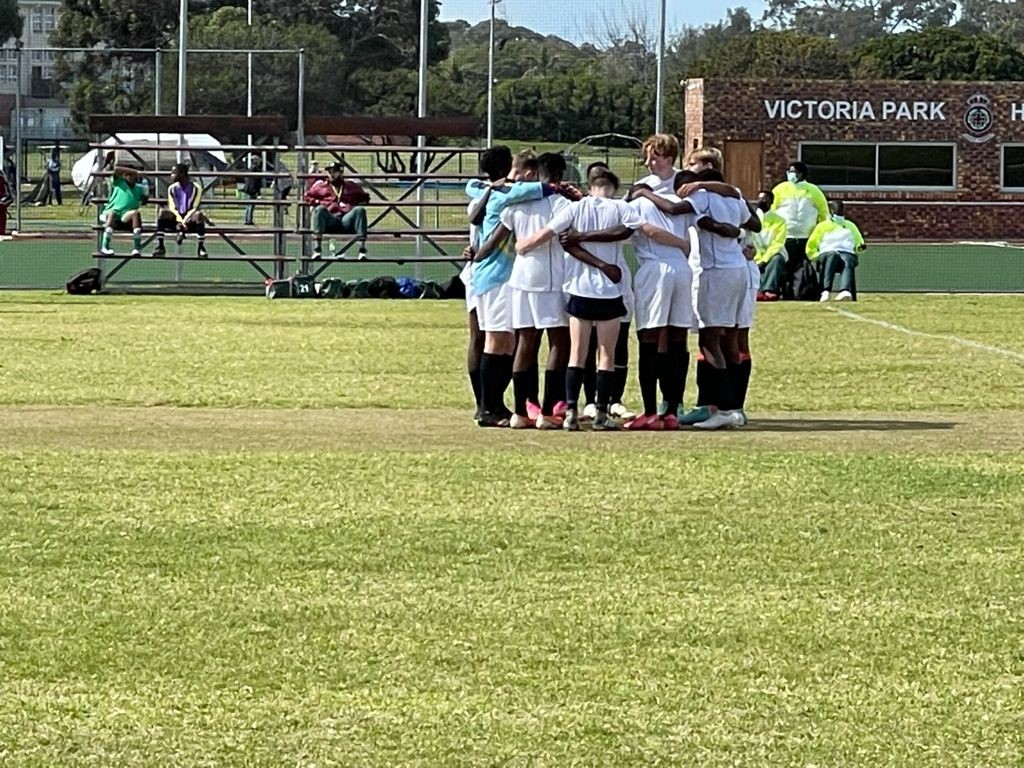 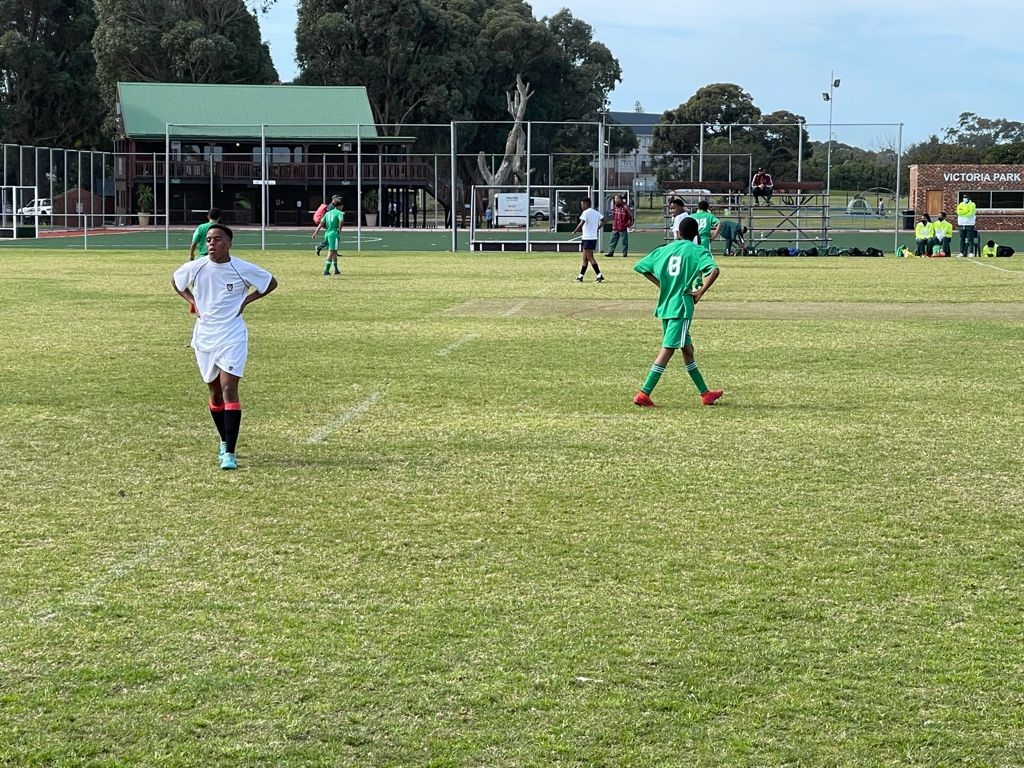 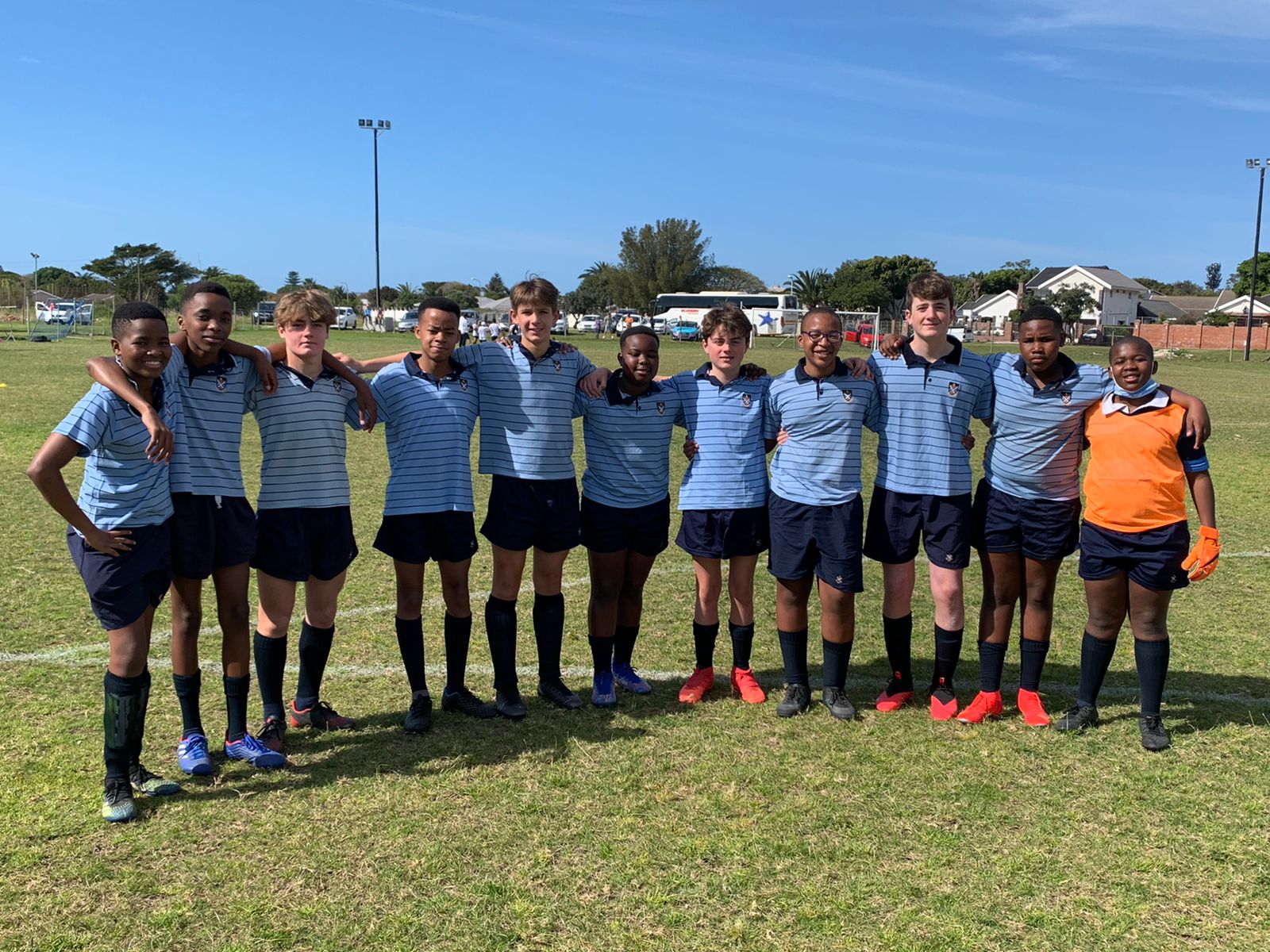 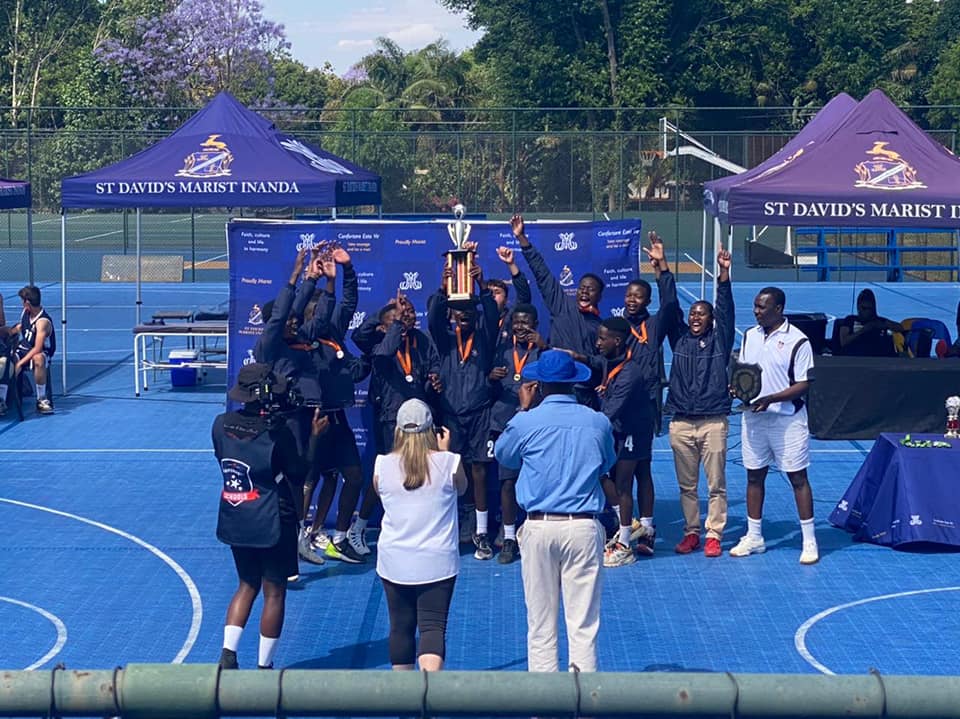 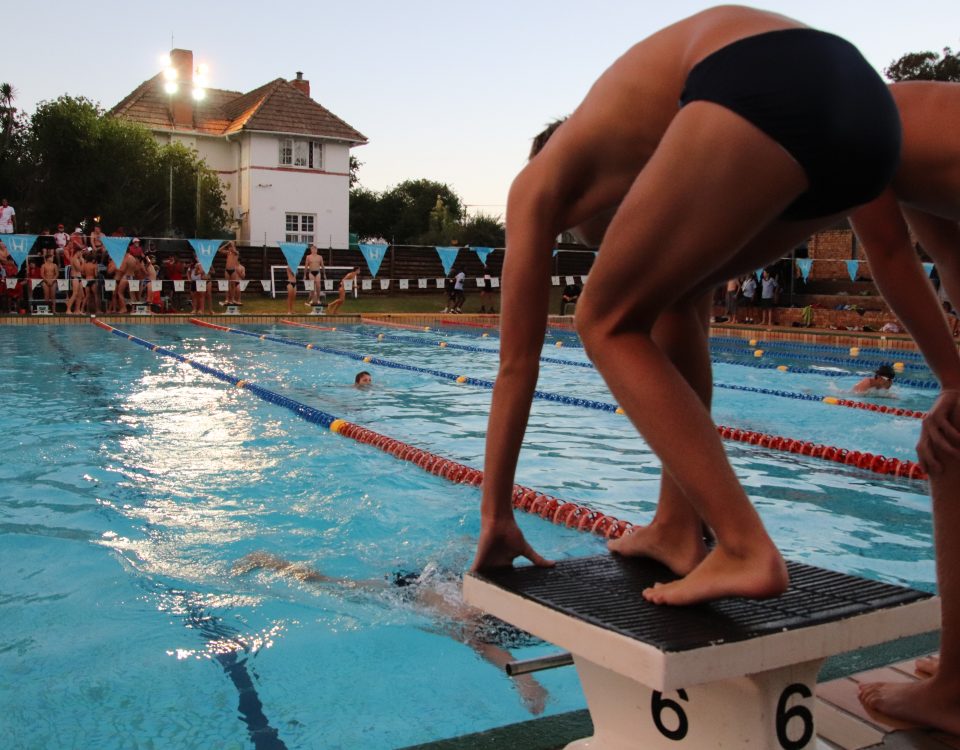 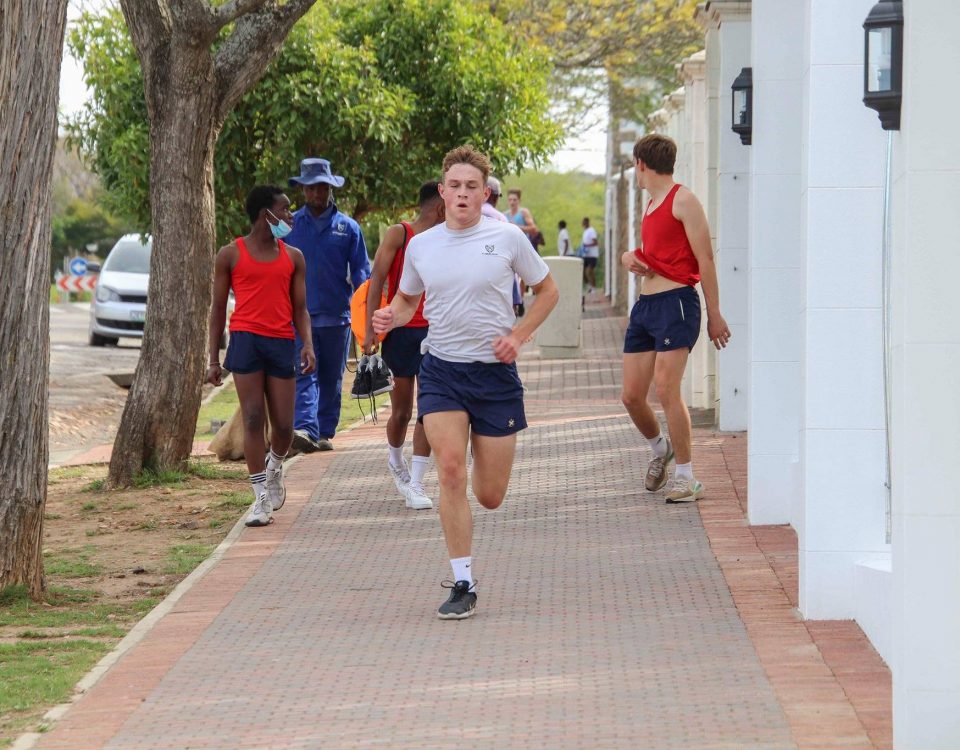