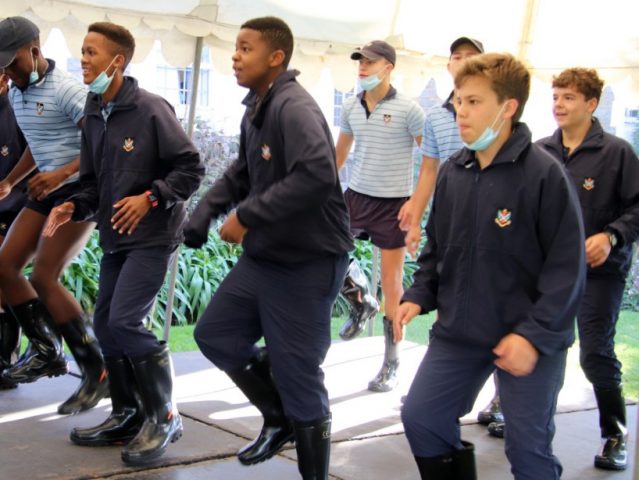 For many generations, African miners sang a song to lift their spirits as they worked in hazardous and difficult circumstances in the mines of South Africa.
Many years later, that same song became a rallying cry for change as our nation stood at the edge of a new era of unity and reconciliation. Now known as South
Africa’s “second national anthem”, “Shosholoza” is sung by our nation when united during events where the common denominators are that of national pride and
determination to triumph. Supplementing the song, a dance and rhythmic tradition of expression started – that of Gumboot Dancing.

“Gentlemen, I stand in front of you this morning wearing the attire representing an important part of our country’s history, tradition and not least, the resulting performing art of a time we all need to remember, embrace and honour. During our recent Arts and Culture Marathon, many of you had the opportunity to experience the excitement and intensity of Gumboot Dancing. College is starting its own Gumboot group and I invite you to join this unique, traditional, physical and fun-filled activity. Limited space is available. Watch the notices on campus and in the houses for details. You will be able to join electronically.” 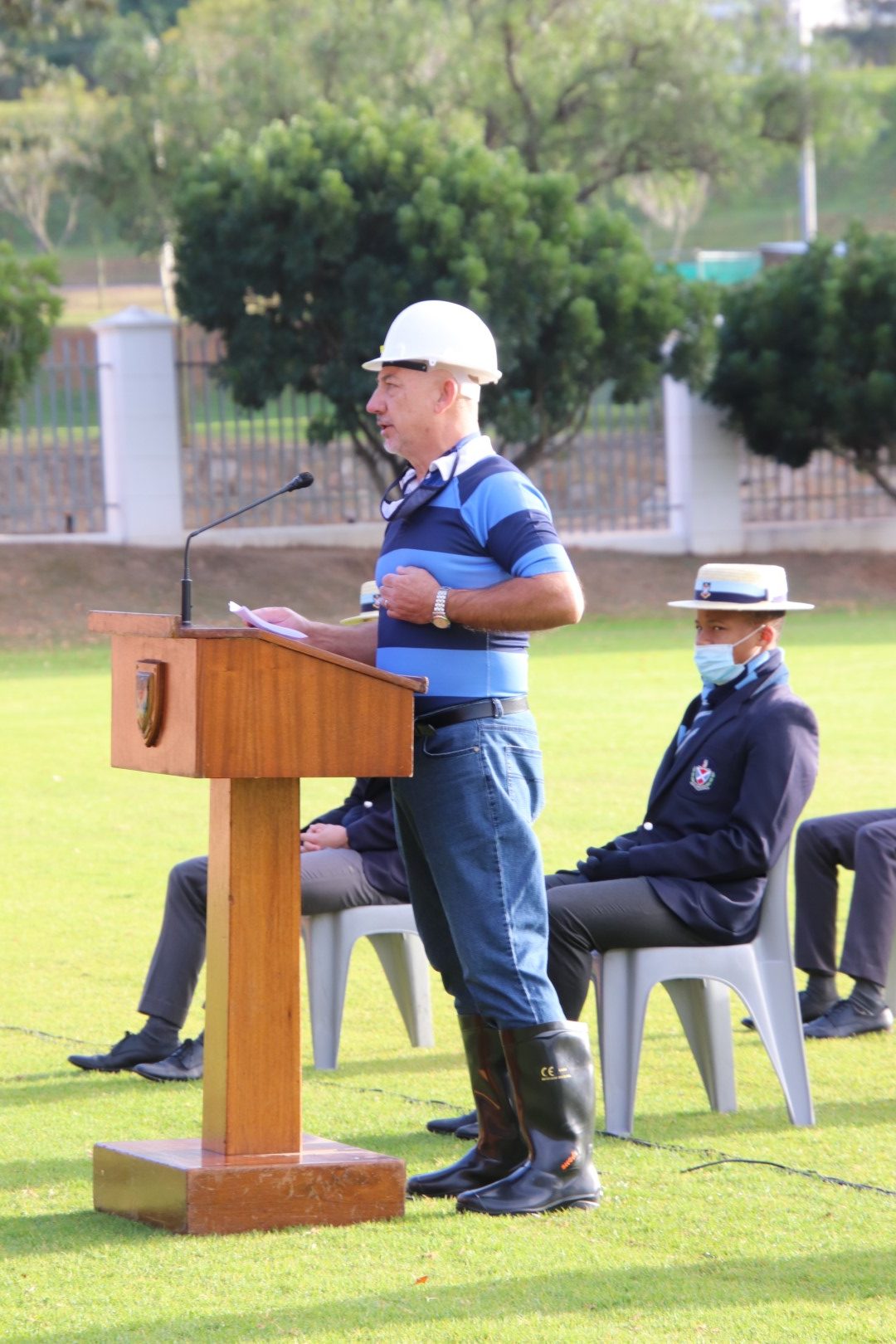 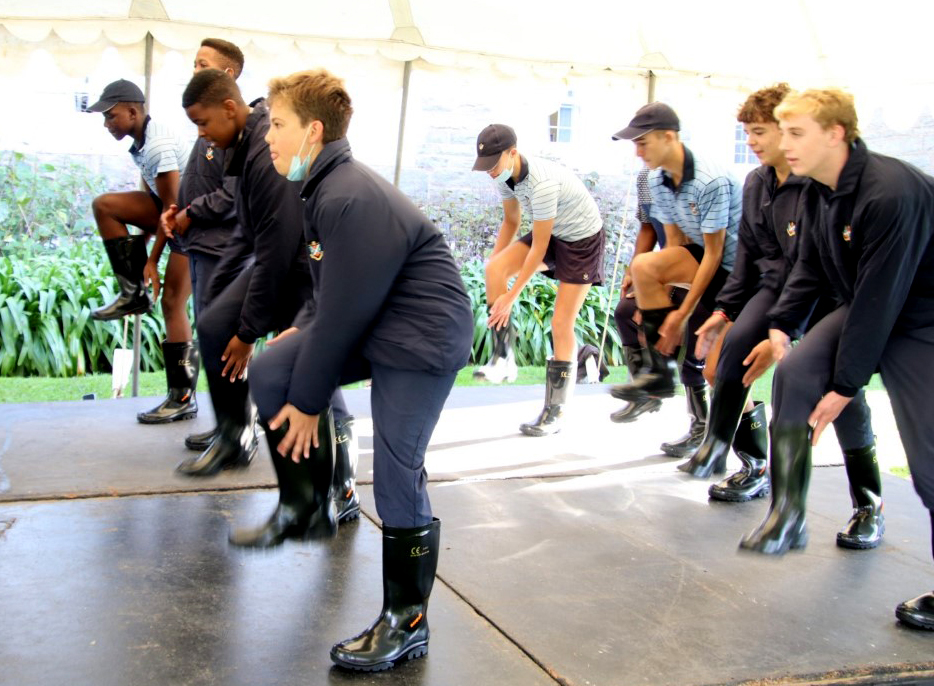