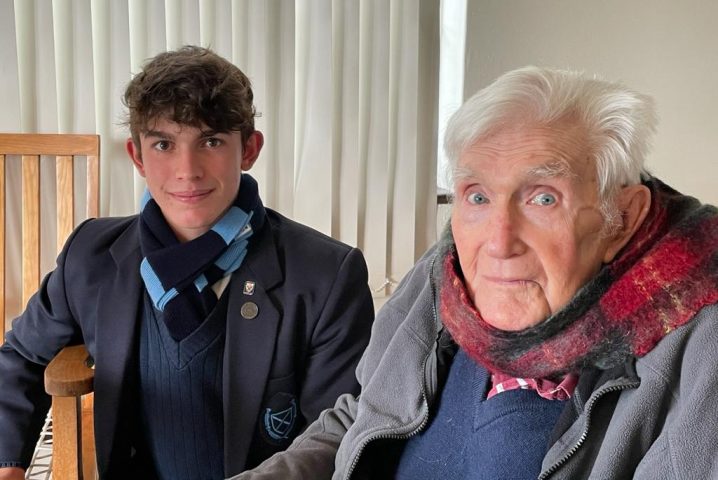 When the brotherhood of St Andrew’s College alumni is spoken of, it is always with reference to unbreakable ties and enduring bonds of friendship that last an eternity, despite time and distance.

On Saturday, Dr Peter Bunton (Espin 1939) aged 99, our oldest Old Andrean, enjoyed a visit from the family of dear friend, Des Irwin, proving that, even when friends have passed on, friendships are never lost.

Denise Irwin (nee Howell, Crewe 1964), wife of Des Irwin, her daughter Colleen Gouws (nee Irwin, Espin 1992) and her grandson Matthew Gouws (currently in Grade 10 in Upper) visited Dr Bunton at his home in Plettenberg Bay. They presented Dr Bunton with gifts sent from the Headmaster and boys of College. During the visit Dr Bunton spoke of Griff Mullins and Jock Cawse with great fondness, calling them ‘great men’.

During his time at College from 1935 to 1939, Dr Bunton was awarded colours for both boxing and rugby. He held the leadership positions of school prefect and corporal in the Cadet Corps.

After matriculating in 1939, Dr Bunton studied Veterinary Science at Onderstepoort and was a South African Polo player.

Dr Bunton had grown up in the Addo area and, after the war, he returned to his family farm, Elim, to practice as a vet, farm and play polo. Dr Bunton worked extensively as a wildlife veterinary specialist and was an honorary vet for the Addo Elephant Park for many years.

Dr Bunton, we salute you on a full and rewarding life, and we look forward to celebrating your 100th birthday with you next year! 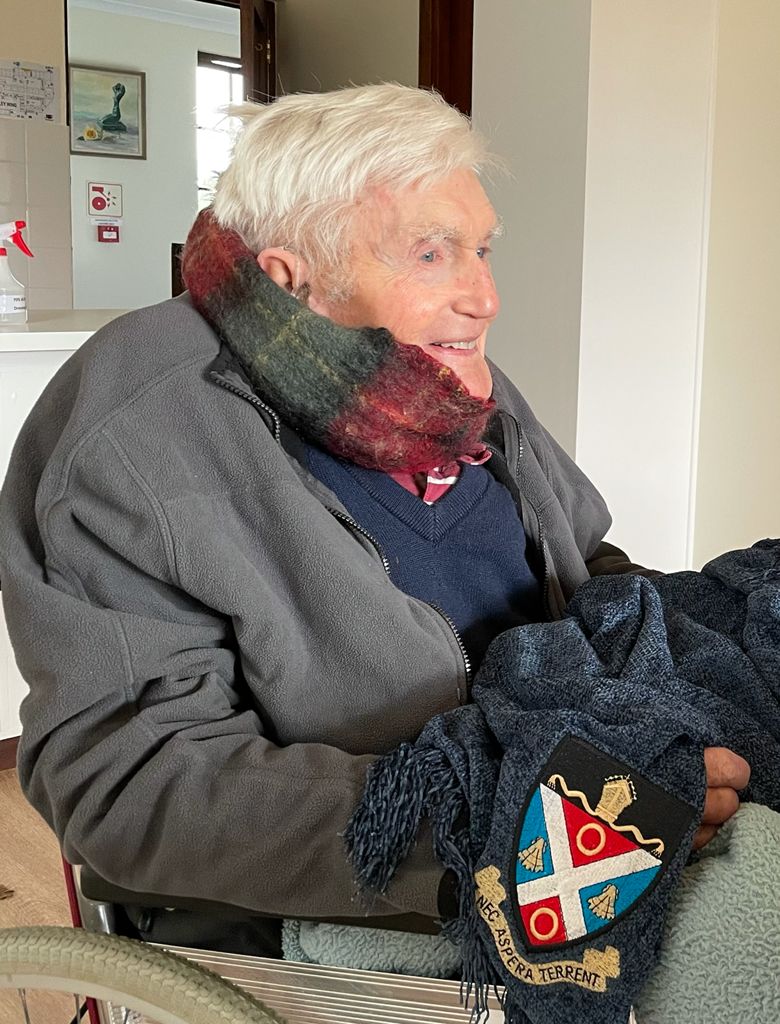 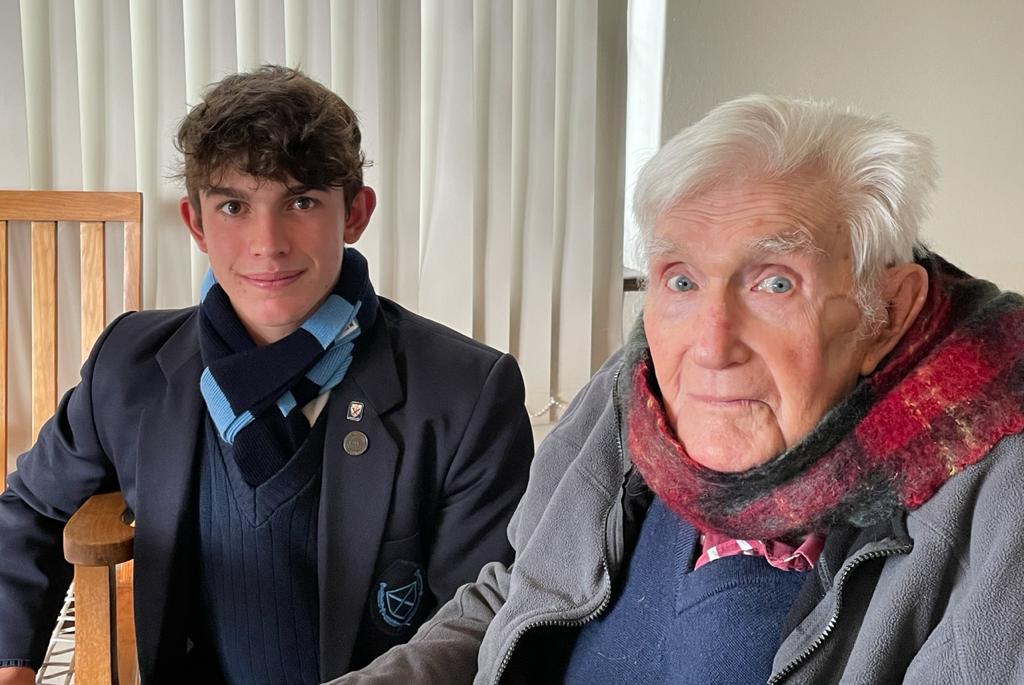