Records in the swimming pool 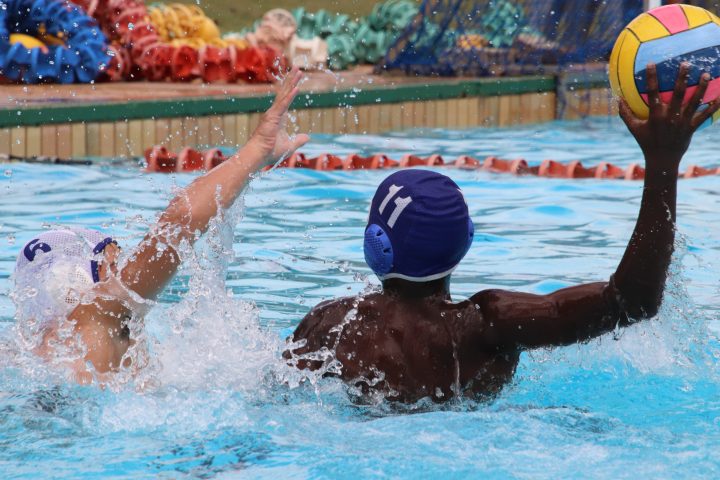 We are more confident that we will resume inter-schools sport soon. All our summer sports clubs have rearranged fixtures lined-up from next weekend onwards. This weekend sees our sportsmen participating in internal games.

BASKETBALL
The XTREME Basketball series concluded last Saturday with the knock-out matches played in both the Senior and Junior sections. The courts’ atmosphere was as good as it could be with players showing off brilliant individual skills and spectacular team moves that provided some entertainment to the spectators who attended.

There was very little to separate the junior teams as all matches were closely contested with games won by small margins. The Bulls were the overall winners of the Juniors section. The story was different in the Seniors where Faris Turay led his charges in playing entertaining attacking Basketball and some ruthless zone defence as the Bulls went on to demolish their opposition by big margins. Well done to all the players. Basketball, as a sport, was the overall winner!

This weekend, the U16 and Senior teams will be split in across border (The Travelers) vs the locals (Homeboys) while the junior teams play against DSG teams. 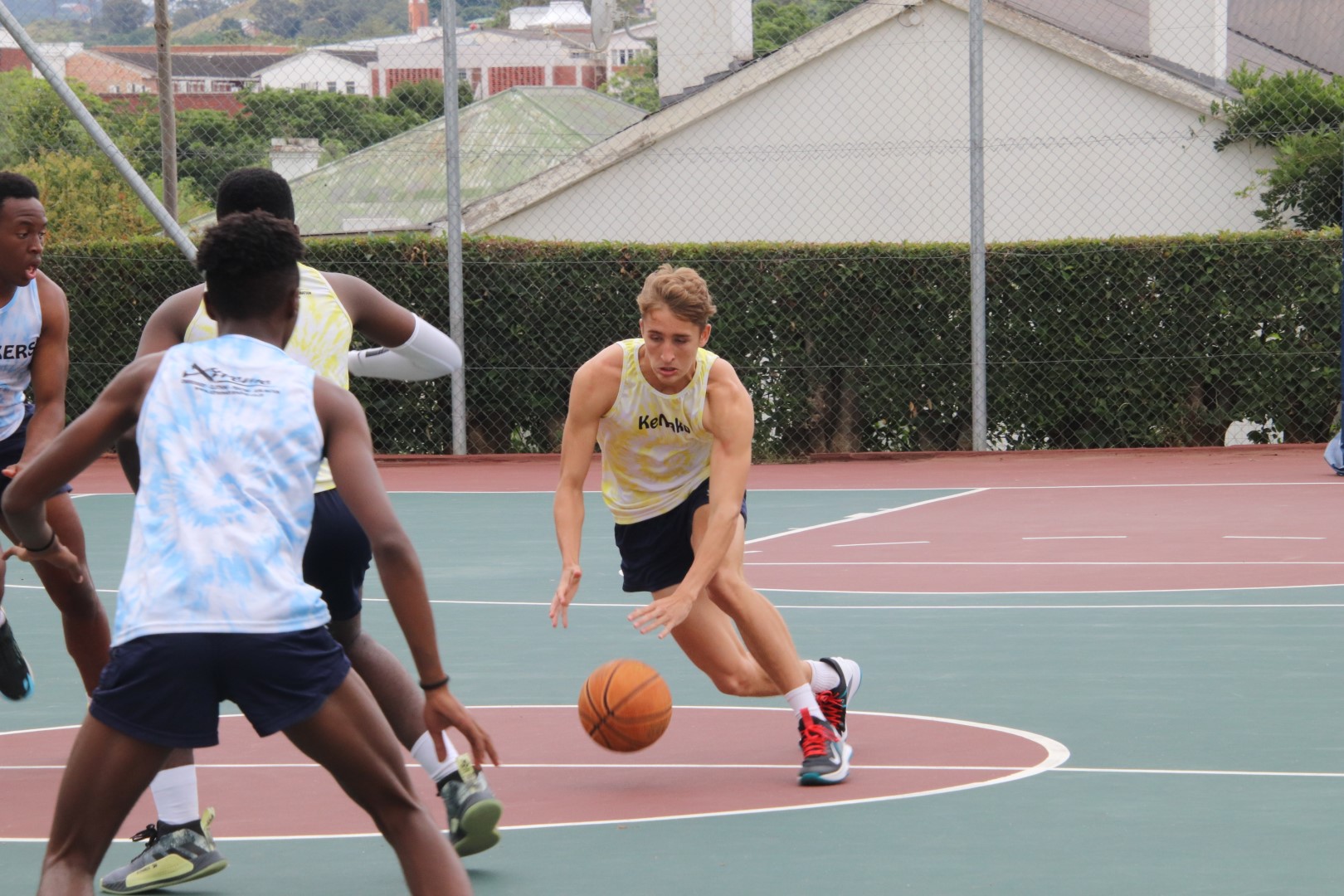 CRICKET
On Saturday, the North XI won the toss, elected to bat first and posted 241 in 59 overs. A fluent partnership by Brad Storrer (86) and Cameron Holmes (84) threatened to stifle the South XI’s spirits. They, however, put in a superb effort to pick up ten wickets. Ross Mullins 4/44 and Zach Micklewright 3/46 were the pick of the South XI bowlers. While Dylan Marx was at the crease, the run chase looked promising, but Dylan’s dismissal for a well-played 47 led to a flurry of late afternoon wickets.

The next task was for the South XI to hold onto a draw, which Ross Mullins and Chris Birrell did with a clear strategy filled with grit and bravery. Together they
closed out the game to an intense draw at 18h30 vs the pace of Tom Vermaak and a polished spell of spin, 3/47 by Malcolm Macgregor. “Thanks very much to
the players for a quality day of cricket” comments Mr Bradfield. 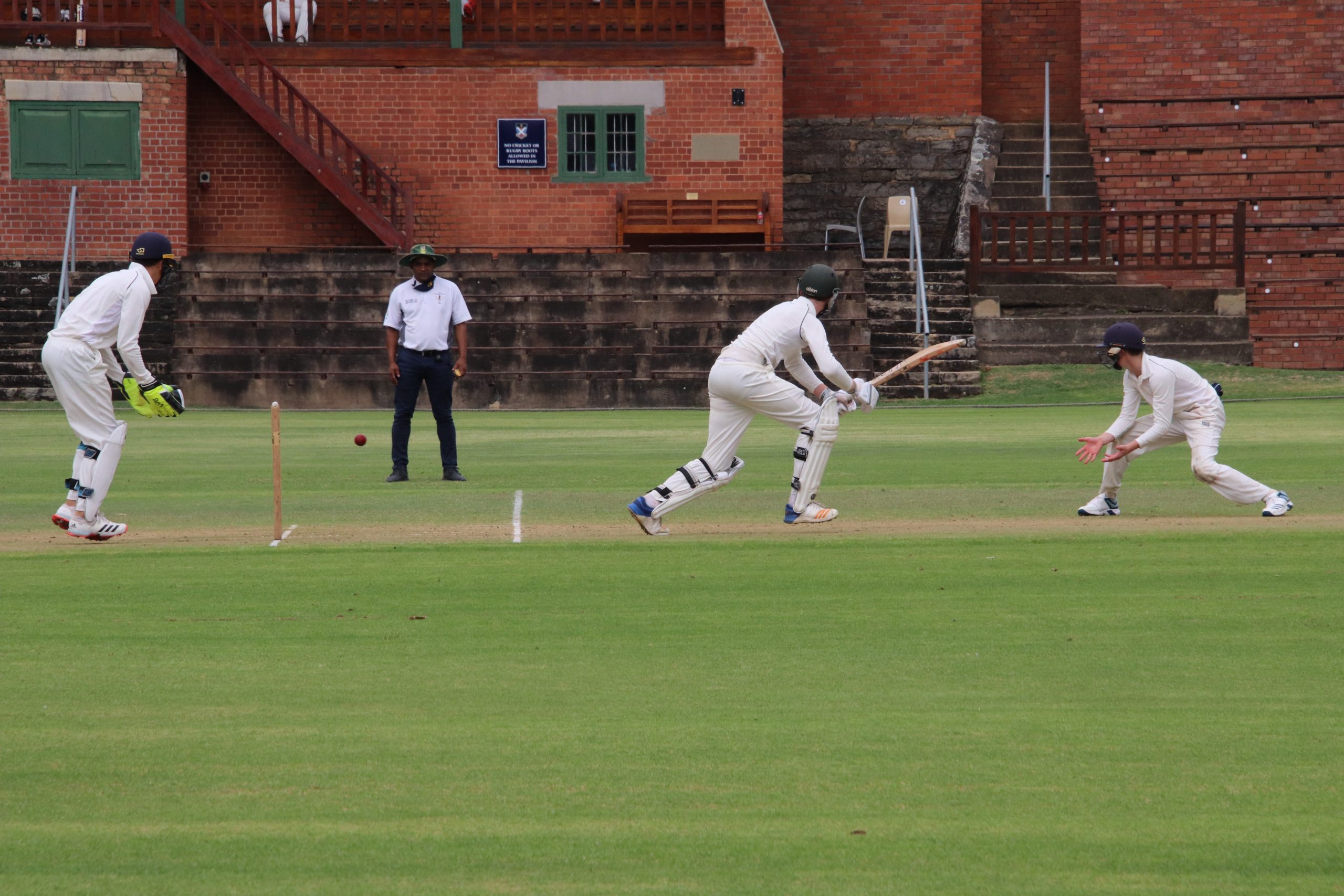 ROWING
The Rowing Club was out in force on the Kowie River over the weekend, the first chance at a competition on the water in the form of an internal club regatta. Boys were able to choose some of their own combinations and be placed in evenly matched crews for some ‘knock-out’ sprint racing over 500 metres. This proved
to be a valuable exercise for the junior boys in honing the discipline and focus needed to race well. Among the senior boys, it was great to see a lot of very close racing between squad members, a sign which bodes well for the squad’s overall competitiveness as and when we can line up against rival schools once again! Well done to all the boys for their commitment and progress so far in what has been a very different rowing season! 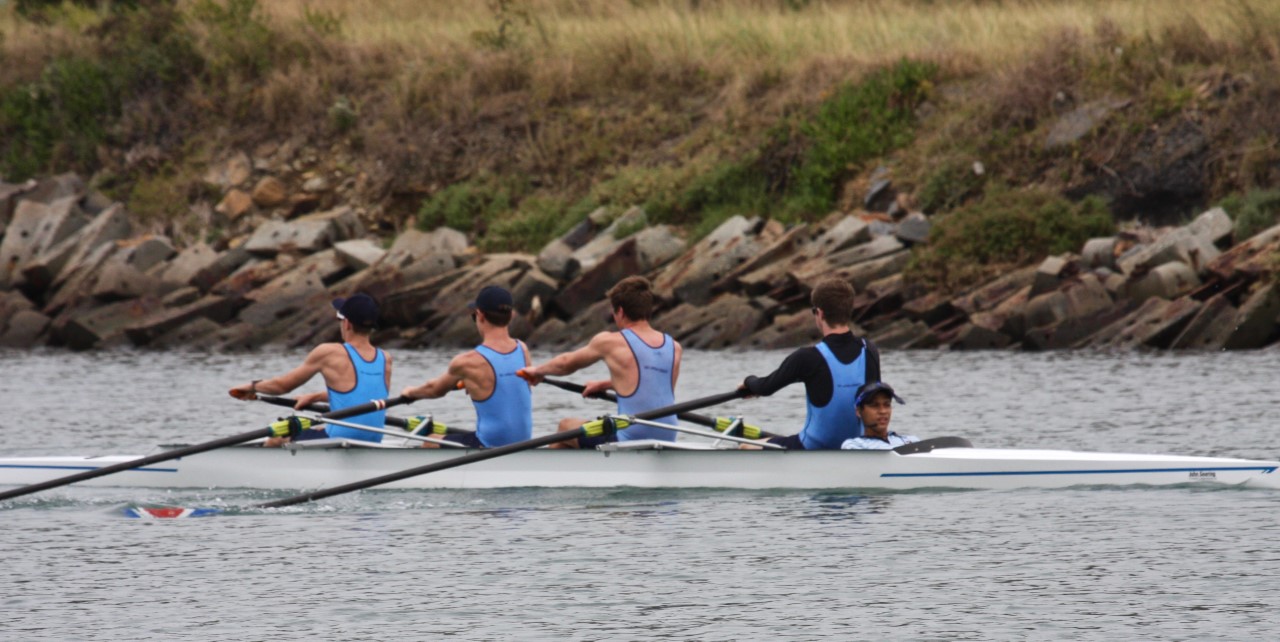 The St Andrew’s College and DSG players will be involved in Co-ed Water Polo Games today and tomorrow (Saturday). More than 150 College and DSG
players are expected to participate throughout the weekend. 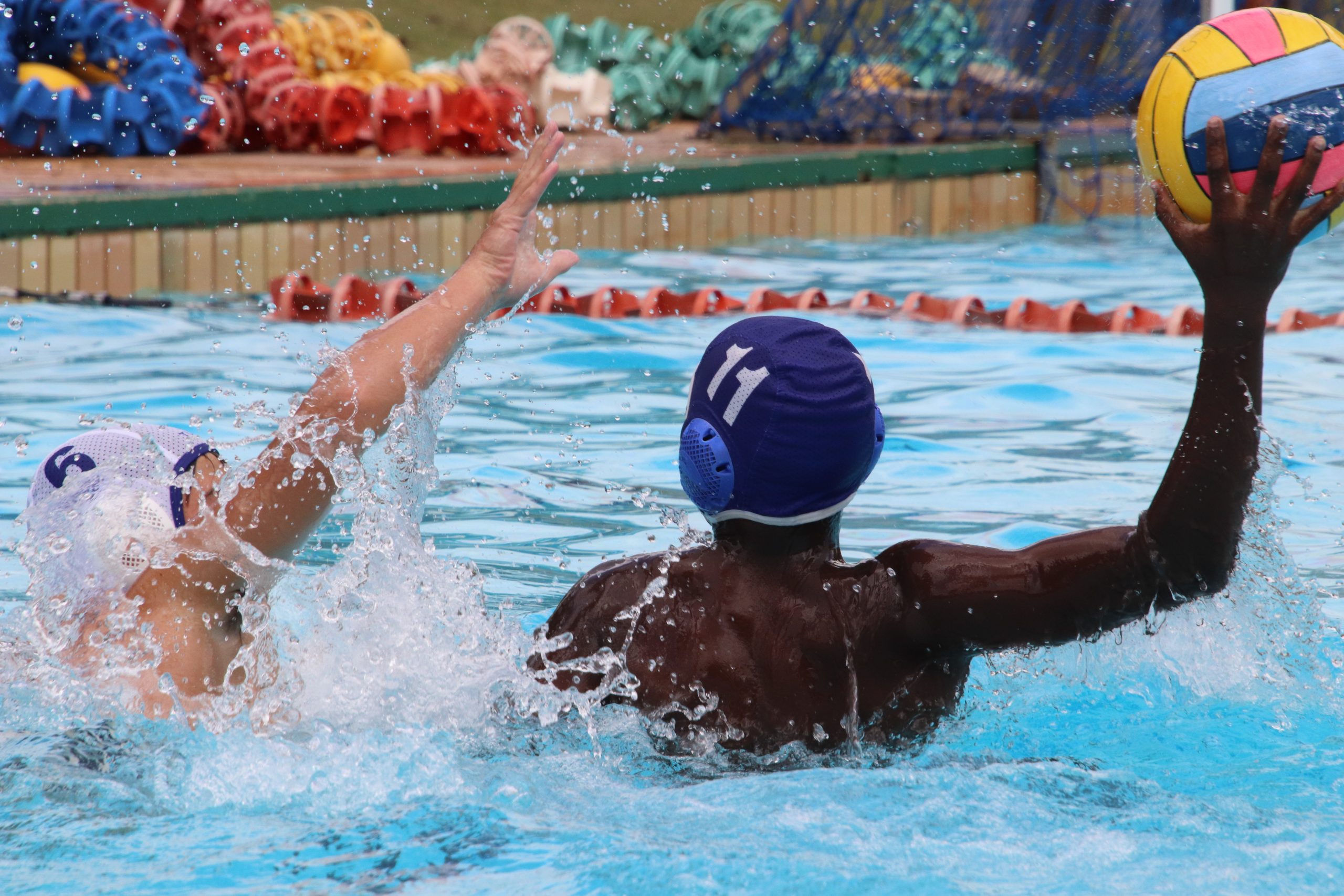 We have received the go-ahead from SwimSA to schedule water-polo matches. Discussions on hosting the SAC Shield from 18 to 22 March 2021 under COVID
restrictions are underway.

The St Andrew’s College 1st Water Polo (Blues) Captain for 2021 is Oliver Rose, right, and his Vice-Captain is Matthew Dovey. 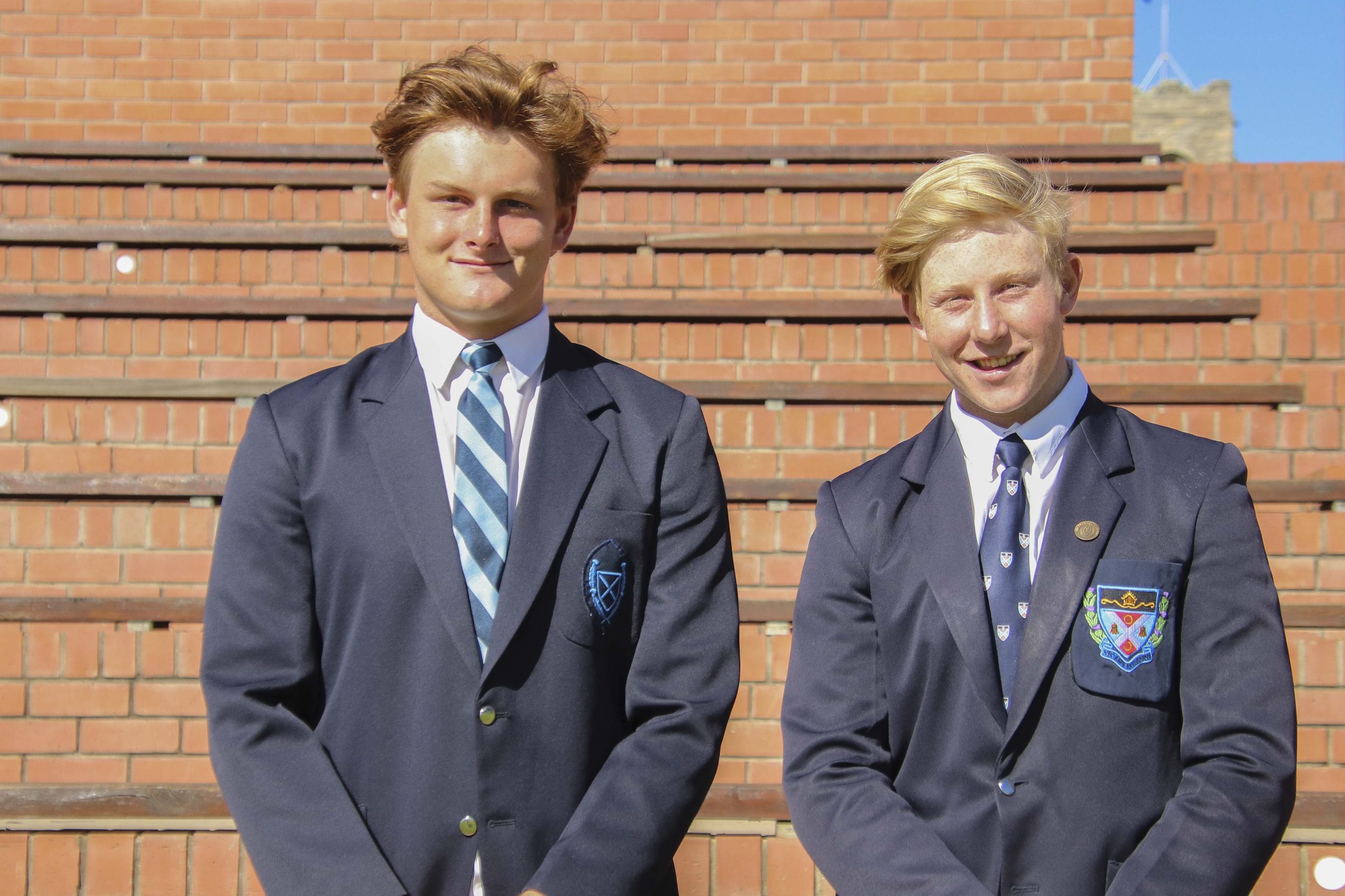 We are incredibly fortunate that we are able to take part in various sports activities (under strict Covid regulations). College head boy Malibongwe Mkosi,
said this after his side’s loss in the internal XTREME Basketball final: “Guys, we have lost this game, but, we have thoroughly enjoyed playing each other.” We are grateful that we have trusted systems in place, which allow us to participate in sport with calculated risks. Special thanks to the San Sisters, the College First
Aid Club and Coaches for ensuring that we play al lthese games in a safe environment.