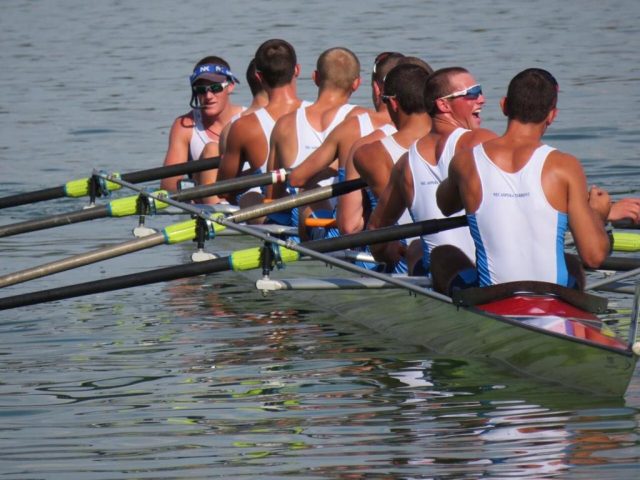 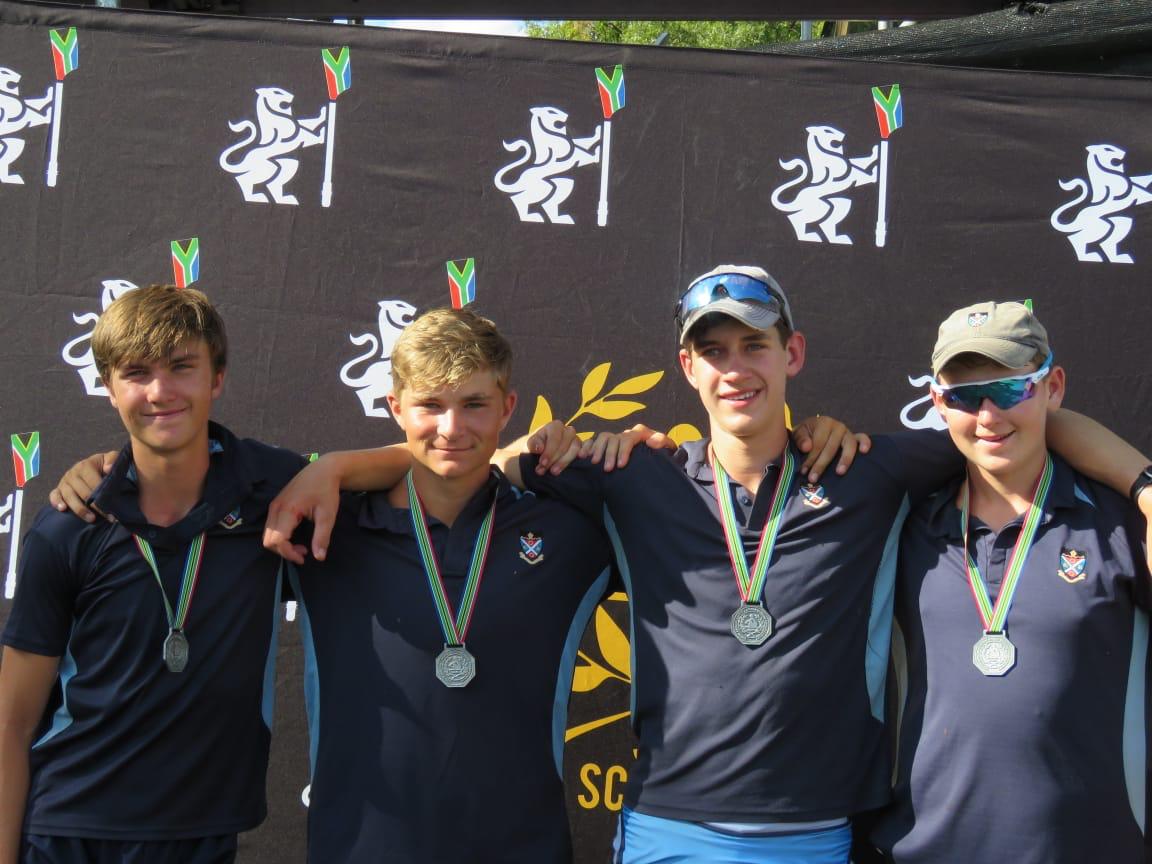 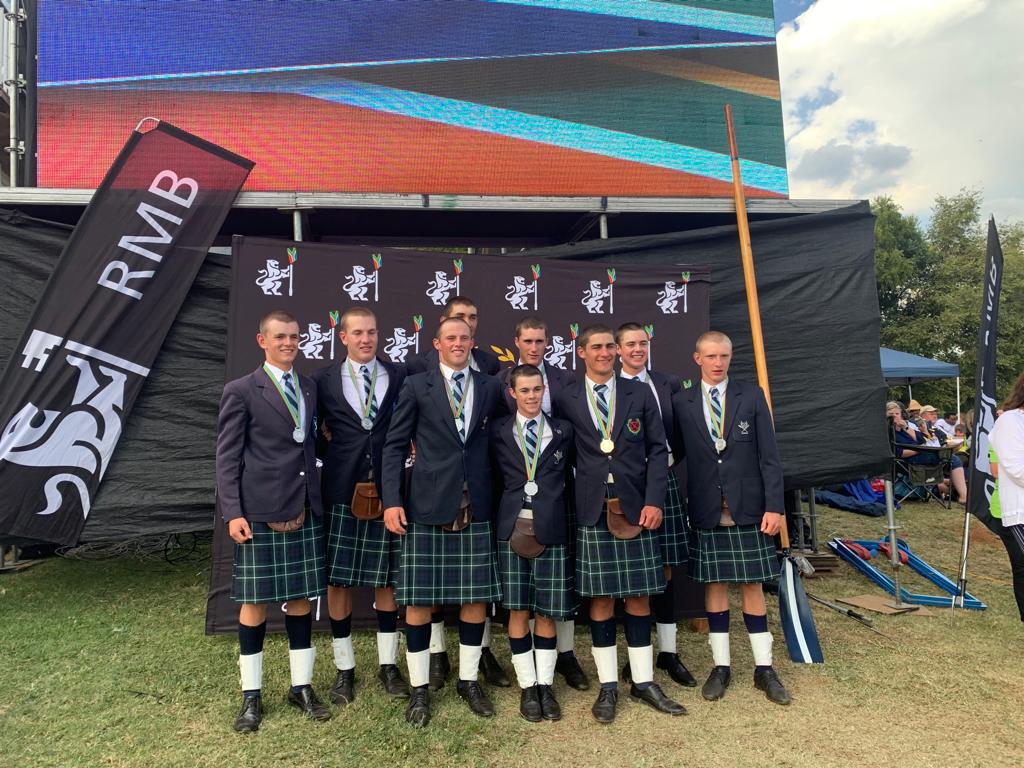 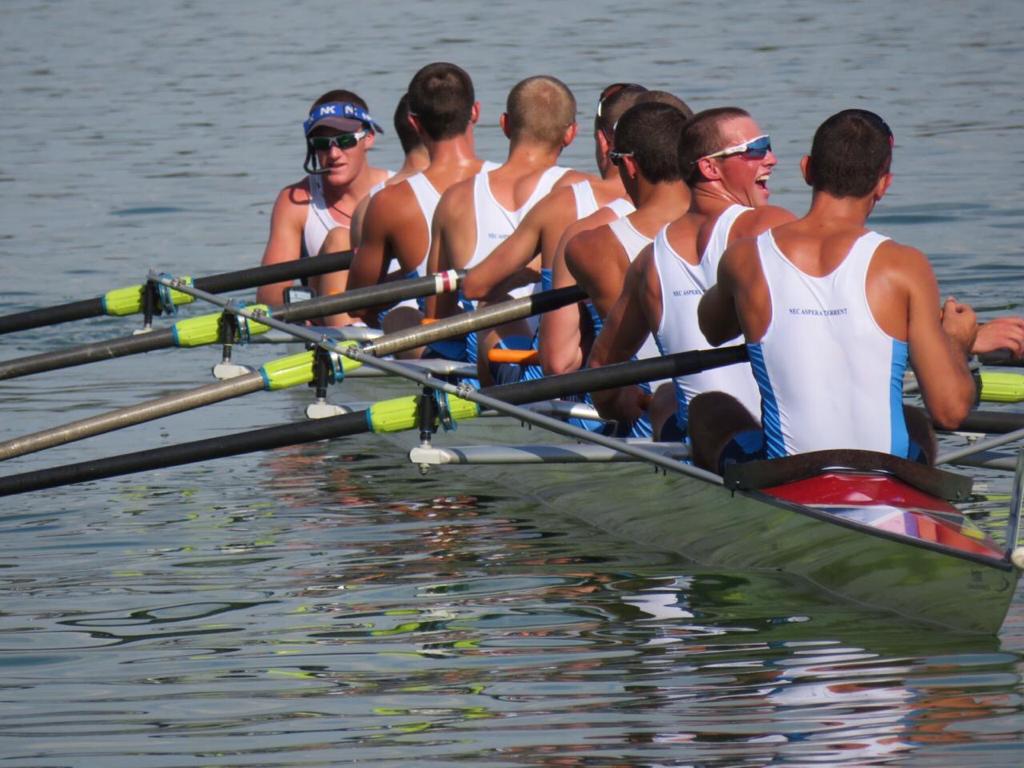 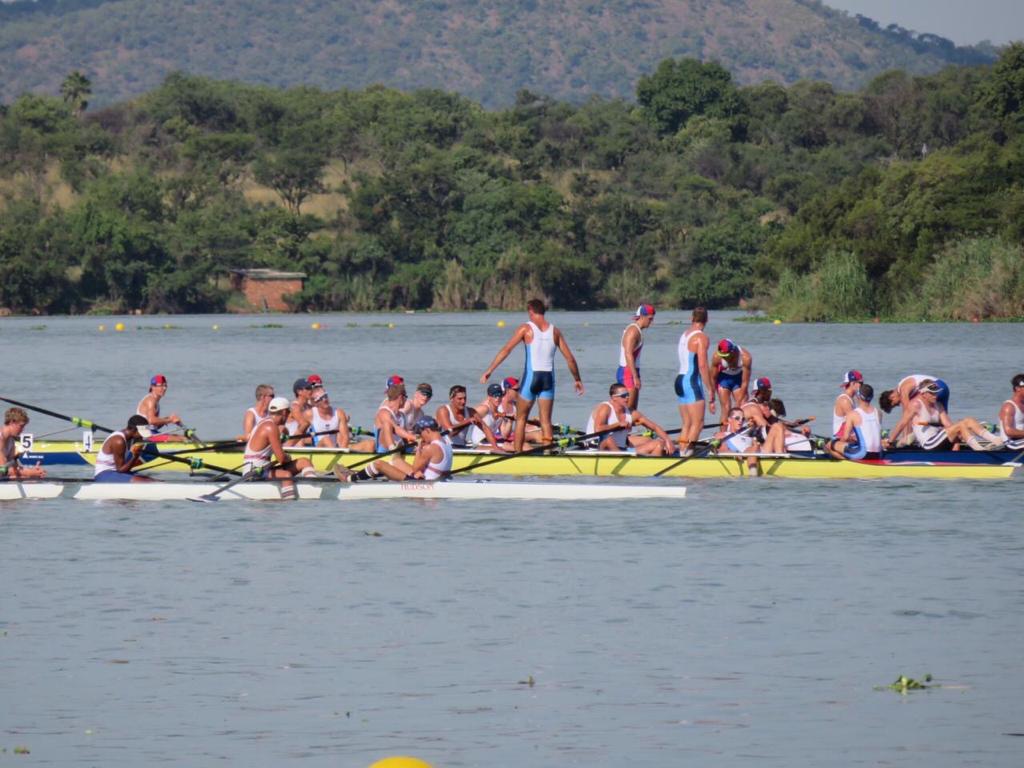 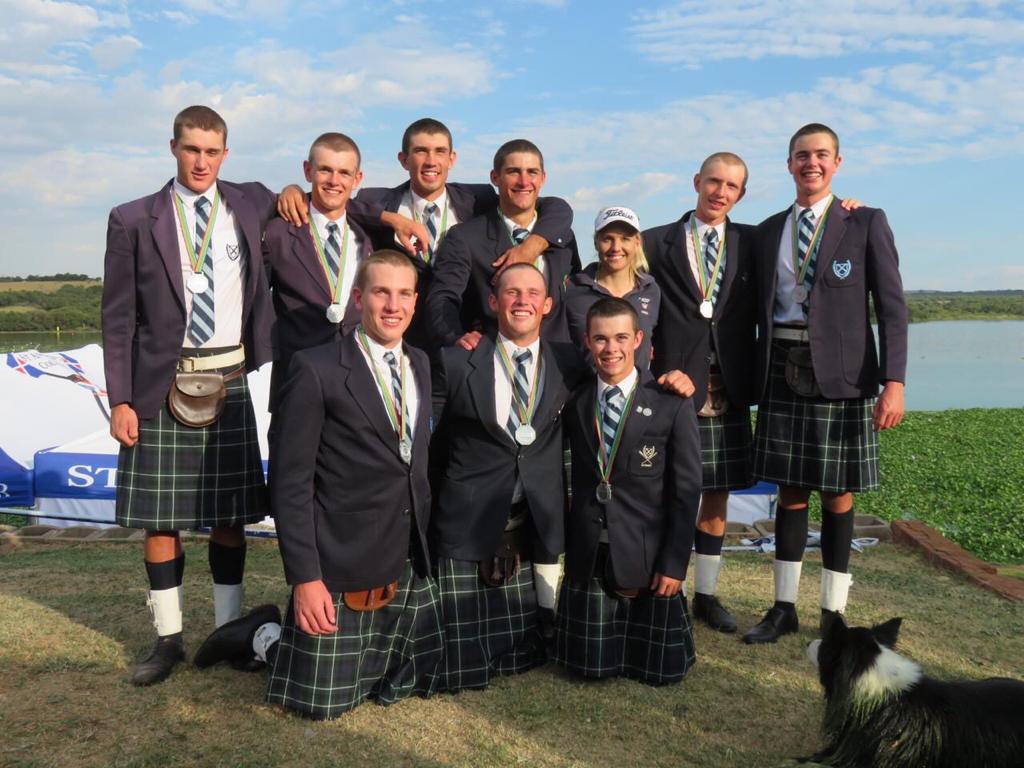 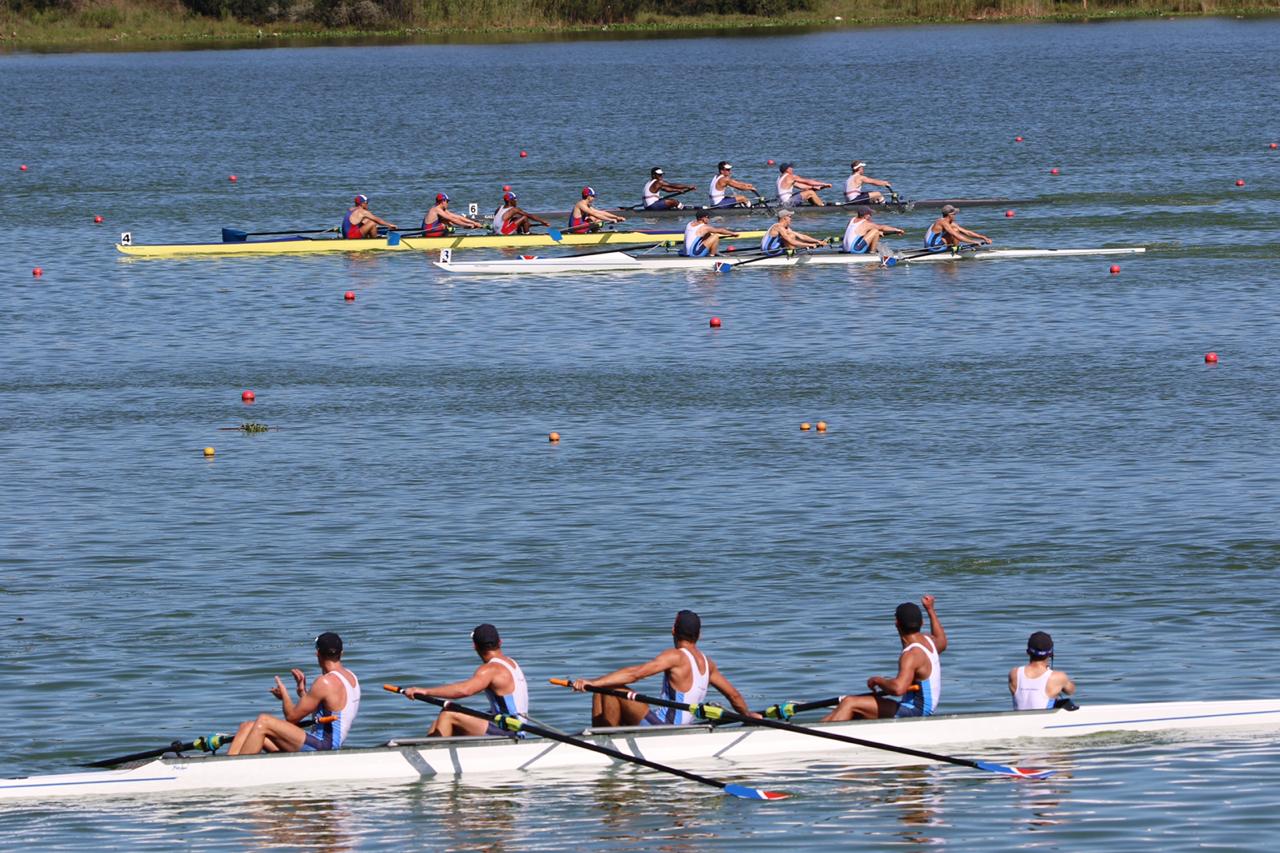 The Rowing Club enjoyed a successful outing to The South African Schools Rowing Championships held at the Roodeplaat Dam north of Pretoria this past weekend. The 49 boys and the rowing staff travelled up to Gauteng at the start of the Half-Term holiday and spent the week training and acclimatising to the altitude. The junior rowers had the opportunity of taking part in a junior regatta at Roodeplaat over the first weekend. Preparations went off very well and the boys were fired up for the biggest event on the rowing calendar. The weather played along and the good conditions ensured competitive racing throughout the weekend.

Friday saw the smaller boats in action, and although this is not usually a focus area for the College Club, there were some very pleasing performances with the pair of Brendan Mouritzen and Daniel Zahn having an excellent race to pick up the Silver Medal. The pair of Roscoe Dorrington and Luke Barker also made the Final, finishing in 7th place. In the U16 division the pair of Scott Moorcroft and Daniel Cotton placed 7th in the Final, whilst Julian Walsh placed 7th in the Final of the single sculls.

Saturday saw the focus shift to the IVs and the prospect of more medals. In a fantastic finish the coxed IV of McKay, Little, Zahn, Thomas and Mouritzen clinched the Gold medal from St Benedict’s to establish themselves as the top IV in the country. The coxless IV of Southern, Dorrington, Barker and Apps also had a great Final, securing the Bronze medal in that event. The U16 VIII raced into 3rd position and a Bronze medal on Saturday afternoon, which bodes well for the future of the Club.

Sunday was met with great anticipation at the prospect of the open VIIIs races and the U16 IVs events. All these crews progressed to the finals with the U16 coxless IV of Schmidt, Walsh, Moorcroft and Cotton claiming the Silver medal in their race and the coxed IV claiming 6th place in their final. The 2nd VIII had a really good race to finish in 4th position and the stage was set for an epic final race of the day with the 1st VIIIs having set some really fast and tight times in the heats. As the crews came down the course excitement mounted as the commentary indicated that the College boys were leading the field. As the boats drew closer one could see that things were going to be very, very tight between favourites St Benedict’s and ourselves. With some 300m to go the Bennies boat edged ahead and despite a monumental effort by our boys to reel them in, St Benedict’s were deserving of their narrow victory. Our 1st VIII can be very proud of their Silver medal and all these boys return with either a silver and a gold or a silver and a bronze in the premier open events.

The U14 division deserves special mention for their performances at Champs. They have made tremendous progress since the start of the year with the highlight being a great row in the Octuple taking 5th place and well in contention with the leading crews. In a number of other boat classes they were very close to qualifying for national finals over the weekend. Their enthusiasm, support and willingness to learn will stand them and the Club in good stead for the future.

Lastly, a huge thank you to all the Rowing staff who have given so much over this sprint season, to the boys who have shown such commitment and dedication to their sport and to all the parents who have been such a powerful support base for the Club. Special mention must be made of the Matric group who have been such an inspiration to the Rowing Club over the past 5 years and to Mrs Thomas who has done such an incredible job of providing for the dietary needs of the boys over many years.