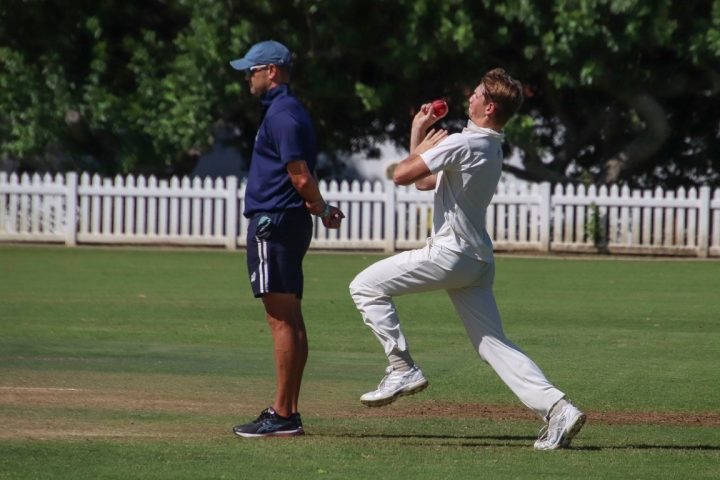 After a 30-minute delay due to overnight rain, Grey won the toss on Saturday and elected to bowl first on Lower field. Grey picked up 2 early wickets, but College fought hard in restoring their innings. College were reasonably placed on 60/2 after 22 overs at morning tea. Mathew Schaefer and Nicholas Barlow’s partnership looked threatening for College, but Nicholas Keevy remained determined with his Captaincy and his leg spin bowling. He had Nicholas Barlow caught at cover and with that the pressure was on the College captain Matthew Schaefer to re-build their innings.

Grey astutely brought back their opening fast bowler, Daniel Ristow who bounced Matthew Schaefer out, caught at mid-wicket for a polished 58 runs. College then had to dig deep, use up some time and still find a way to build an exciting finish to the day of cricket on Lower field.

Luke Danckwerts made a gritty 25 runs and Dale Brody finished the College innings off with a fluent 20 off 23 balls. This left Grey 184 runs to chase in the scheduled 51 overs left of play. Nicholas Keevy picked up 3 wickets for 44 runs and was well supported by off-spinner Tom Daniels with his 2 for 46 along with some accurate medium pace swing bowling from Michael Wicks.

Tom Daniels like Matthew Schaefer held Grey’s innings together with a solid 59. George Van Heerden made a fluent 42, then the game developed into an exciting finish with 3 results still possible. Grey needed 24 runs off 36 balls with 3 wickets in hand. Grey’s opening bowler Daniel Ristow had a calm and strong presence at the crease and made finishing off a pressure situation look easy with his 21 coming off just 26 balls and lunched the winning runs with a 6 onto Upper field. Matthew Pope and Malcolm Macgregor bowled superbly in tandem for College, but Grey held their nerve earning a well-deserved 3 wicket win. Well done to both teams on another superb day of cricket. 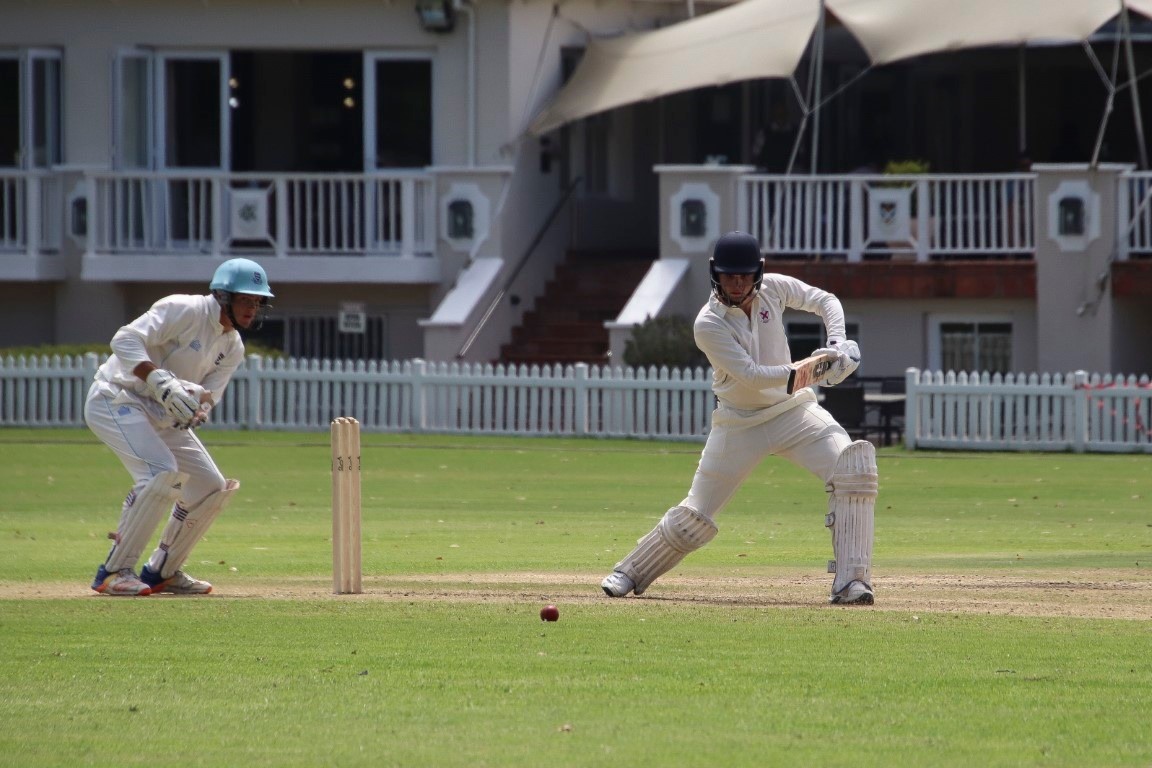 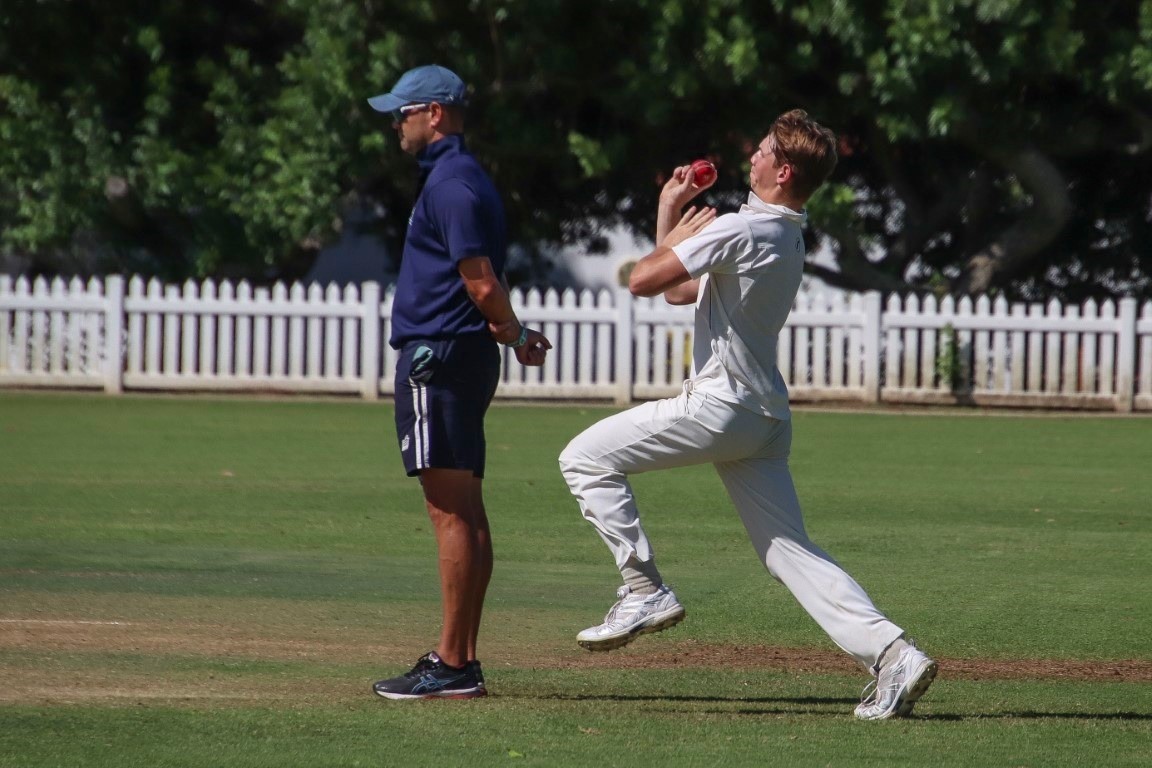 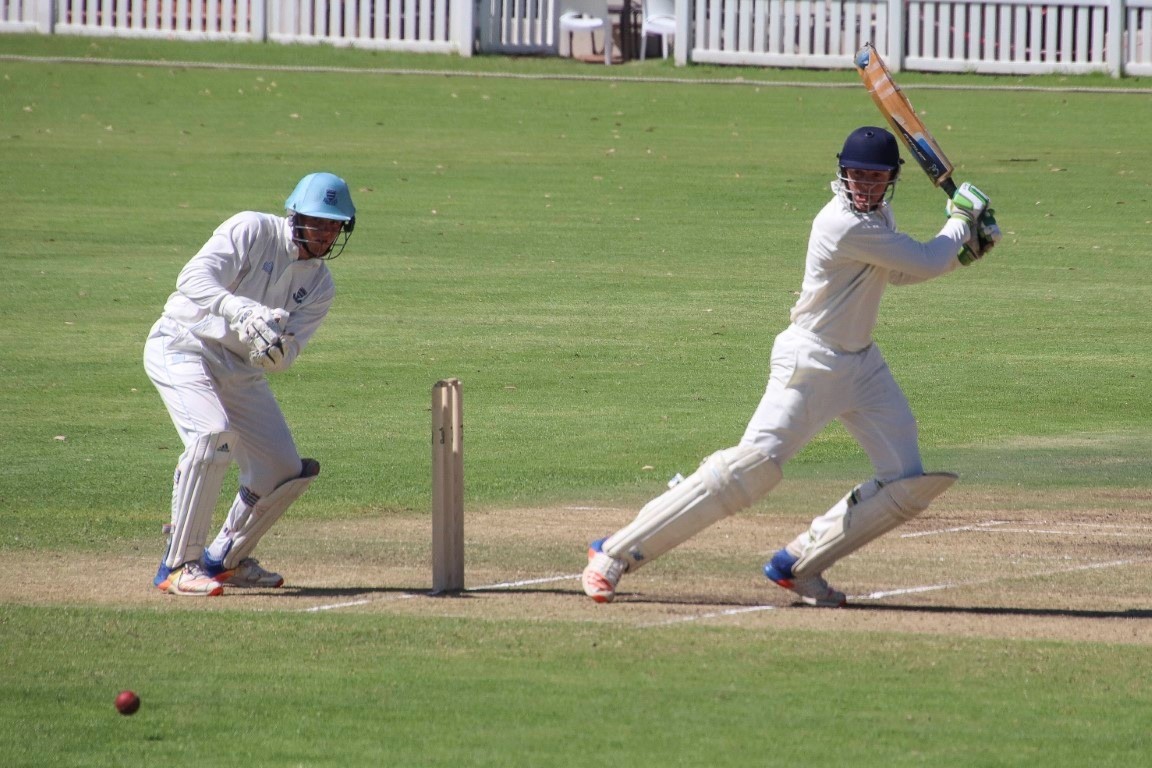 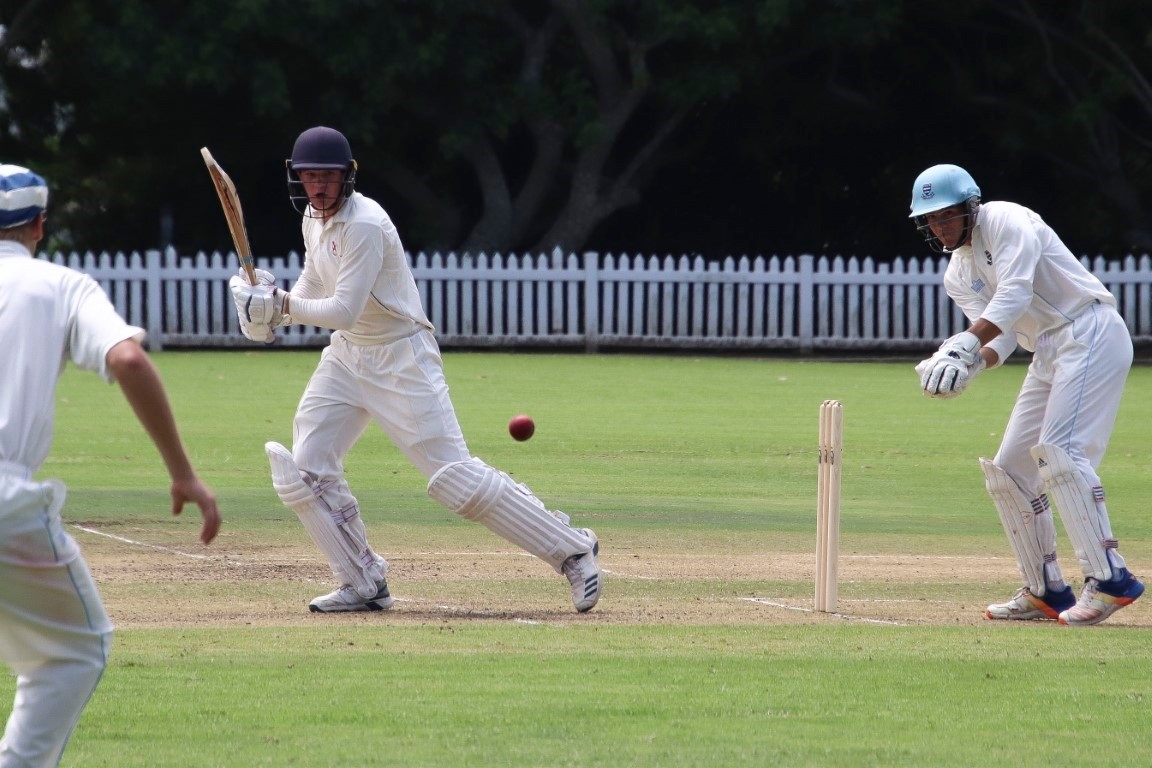 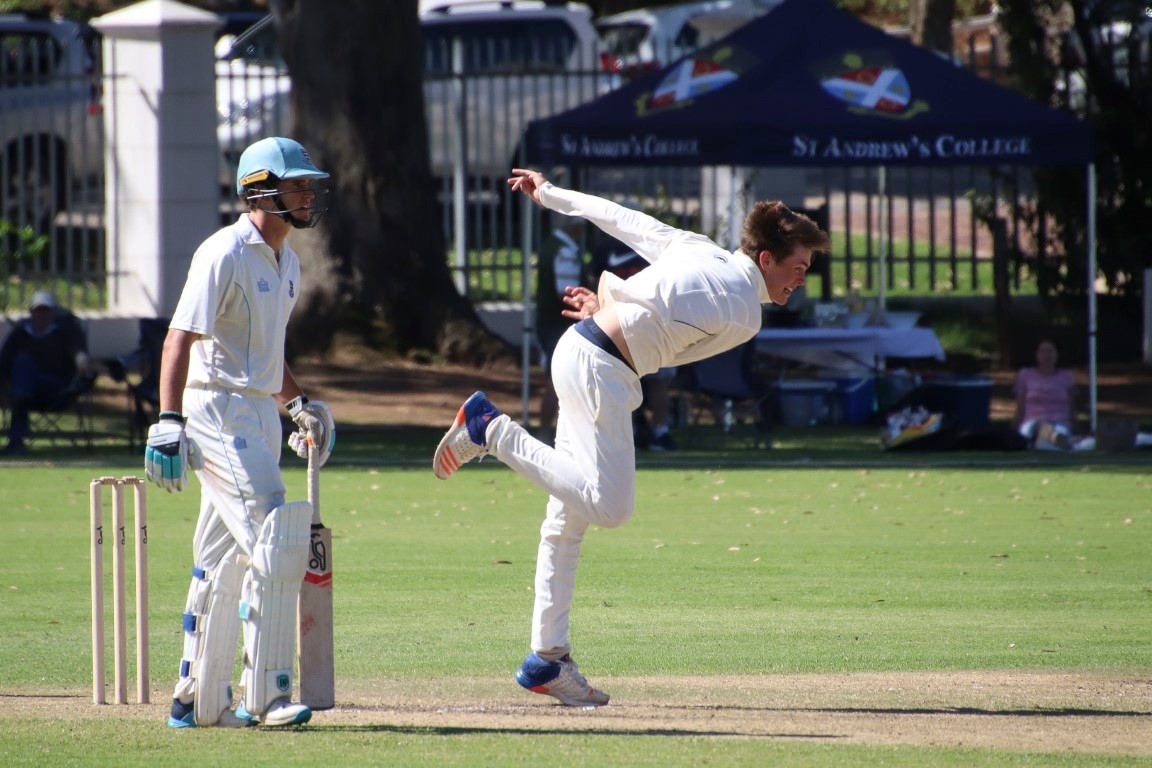 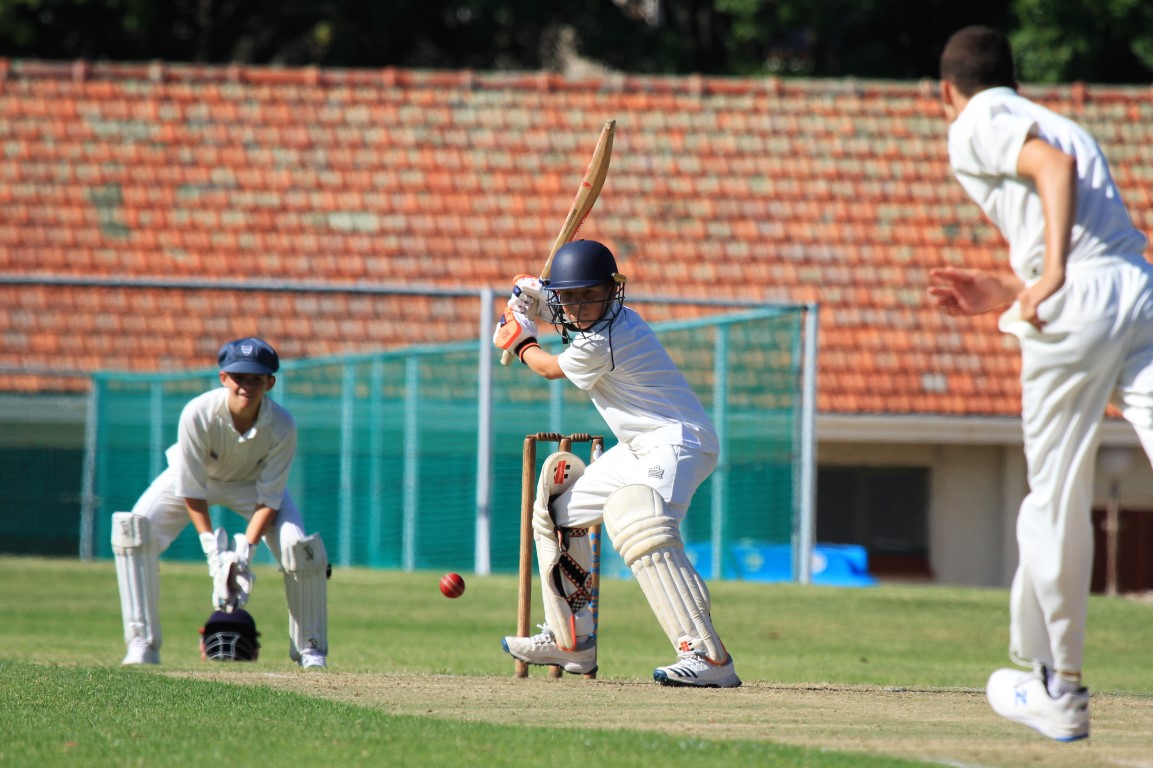 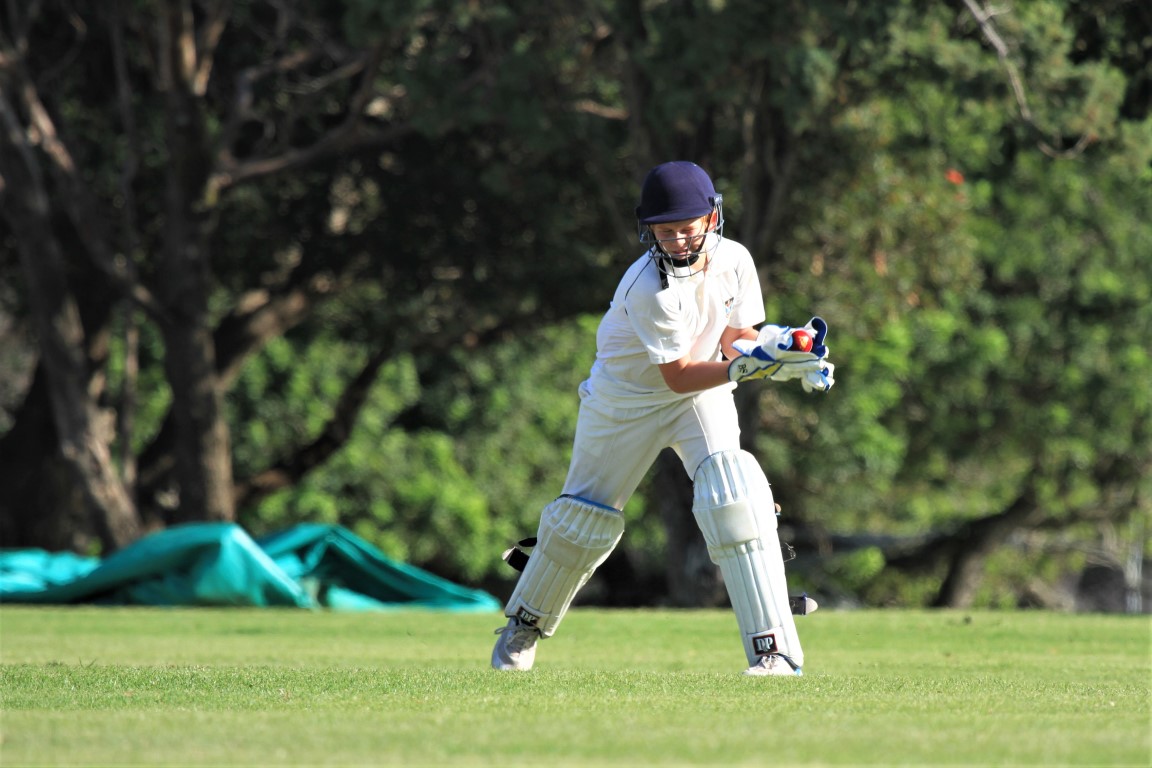 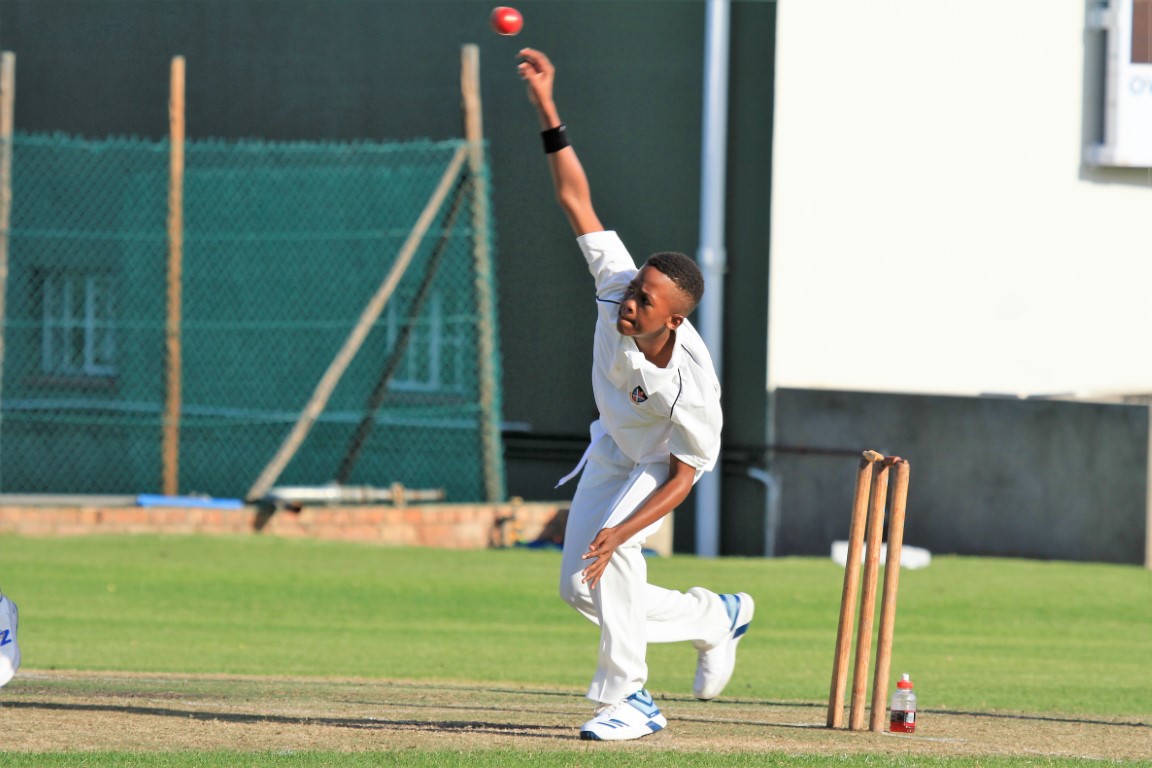 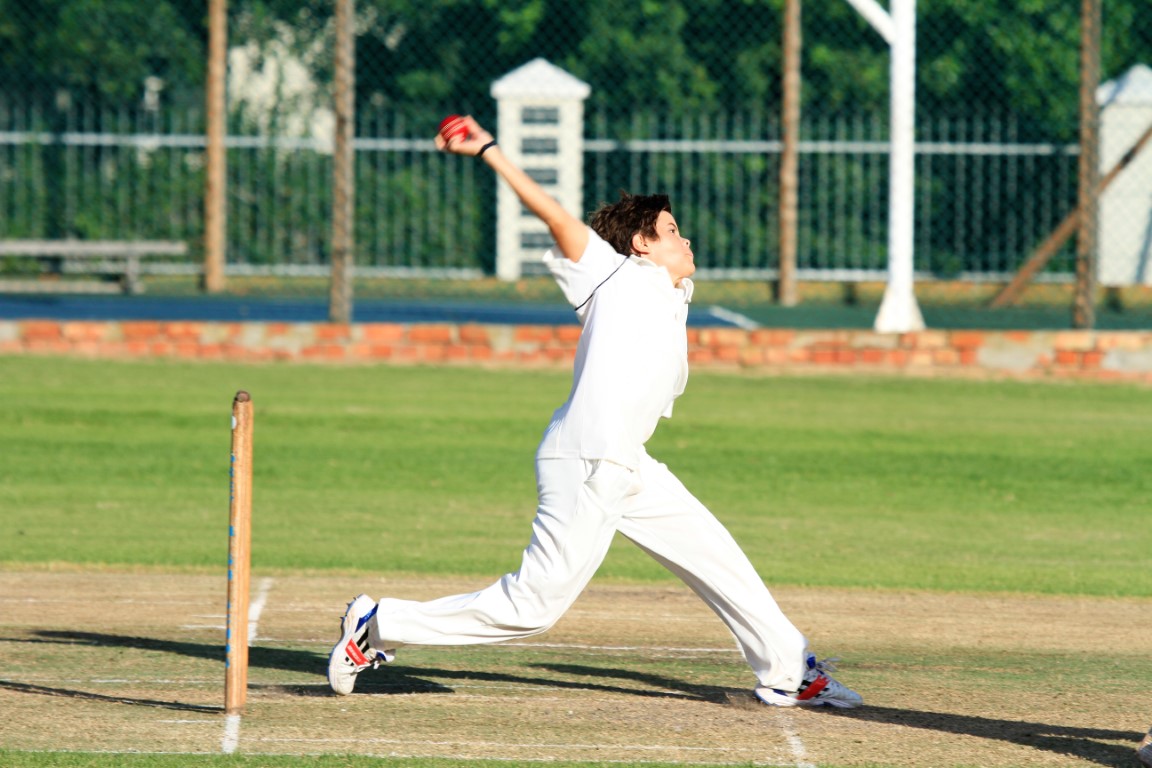 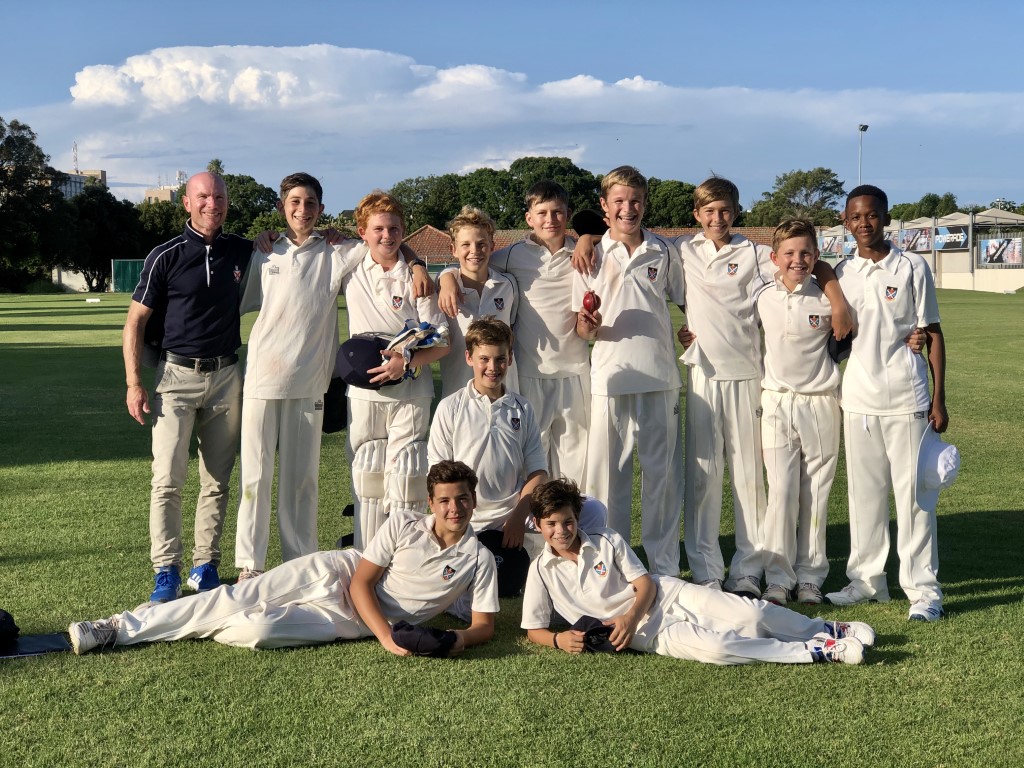