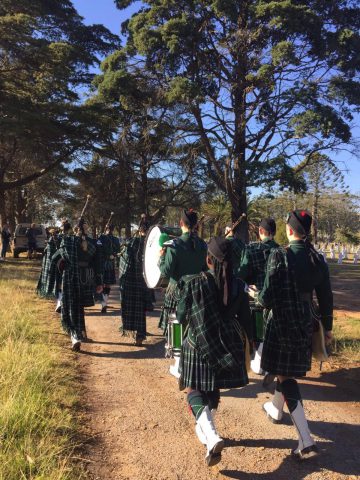 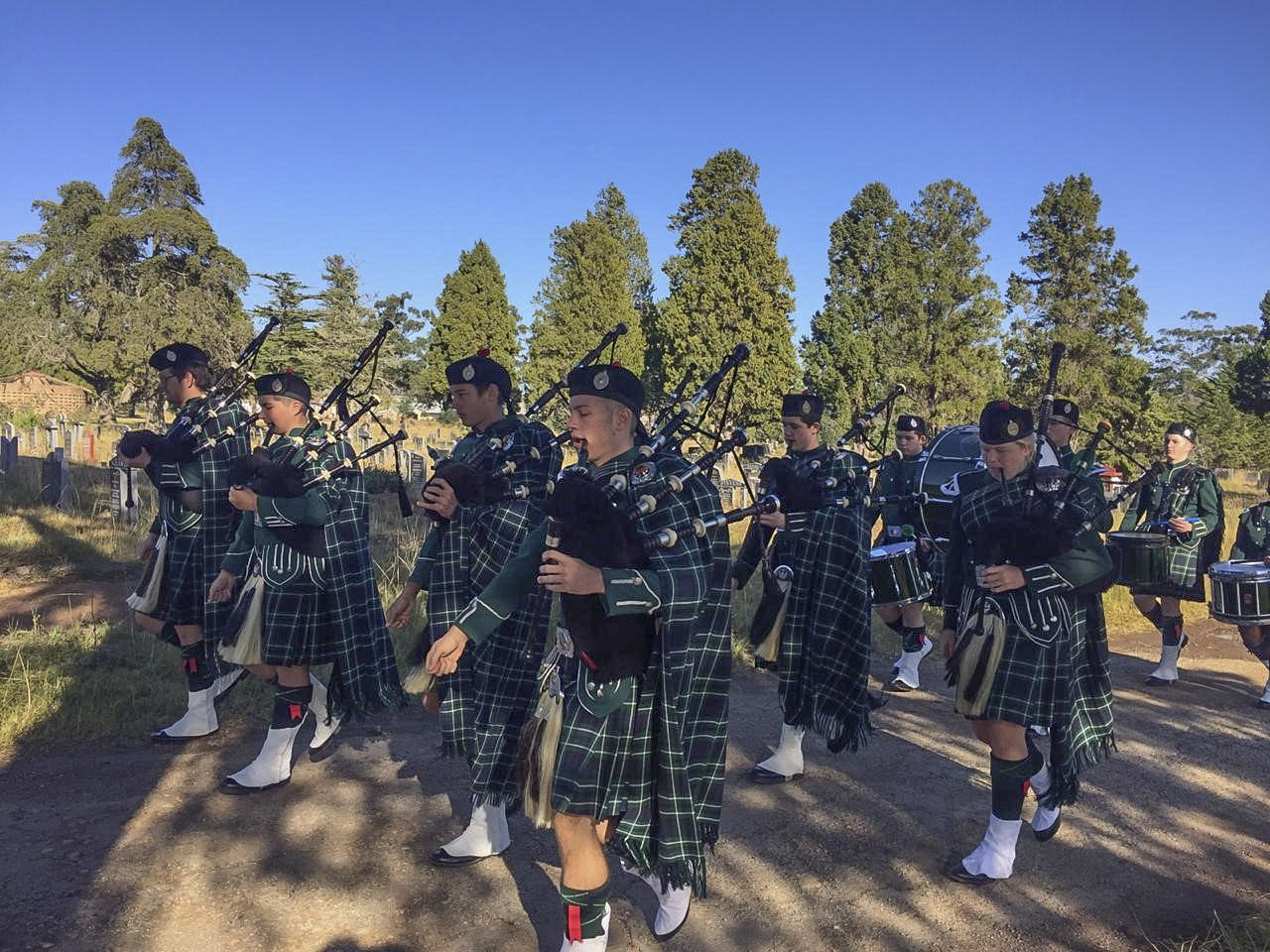 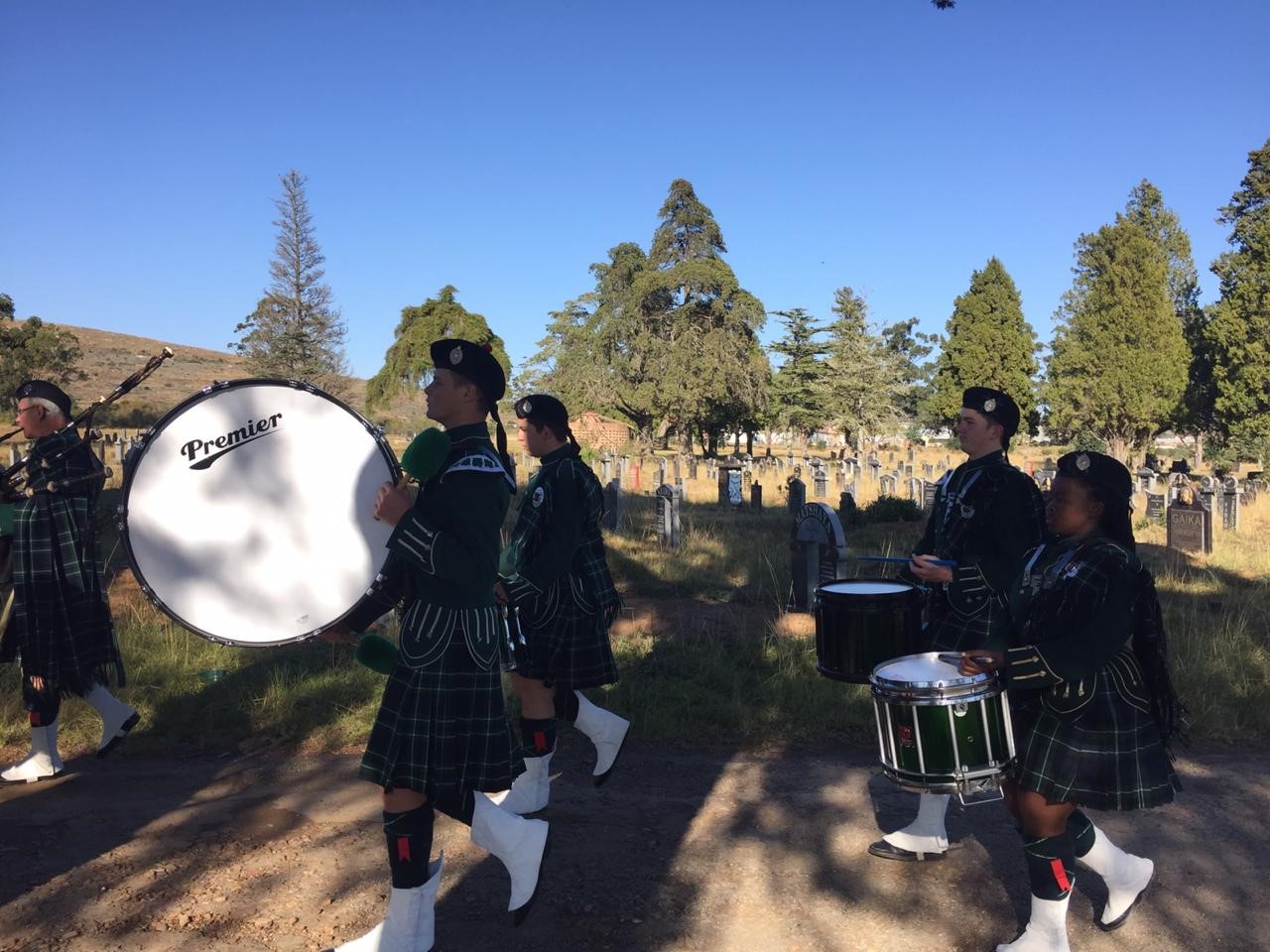 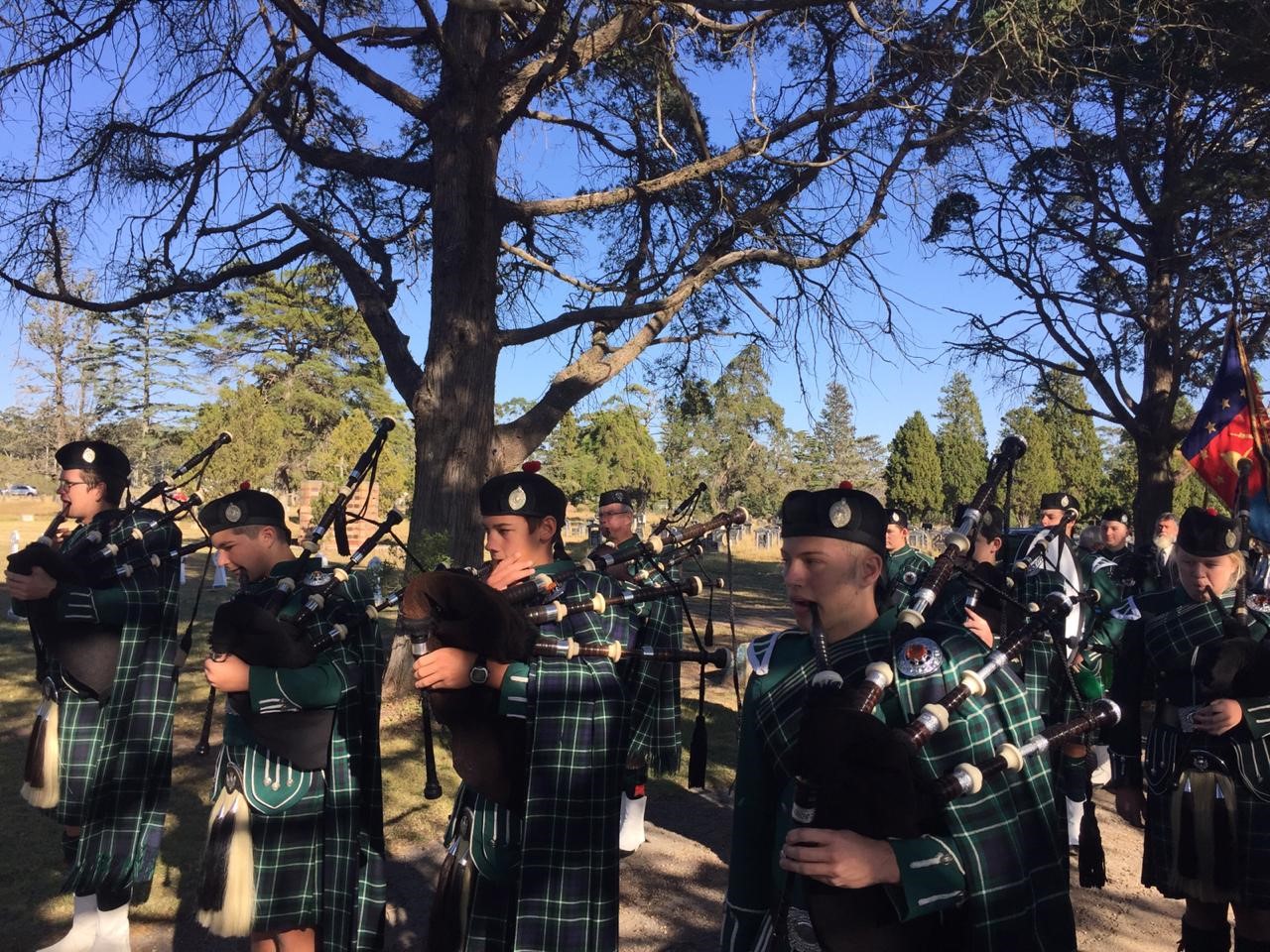 The St Andrew’s College Pipe Band was asked to join the MOTH (Memorable Order of Tin Hats) ceremony recently to commemorate the 102nd anniversary of the Battle of Delville Wood part of the battle of the Somme, the infamous battle where 3153 South Africans entered the wood and only 142 returned.