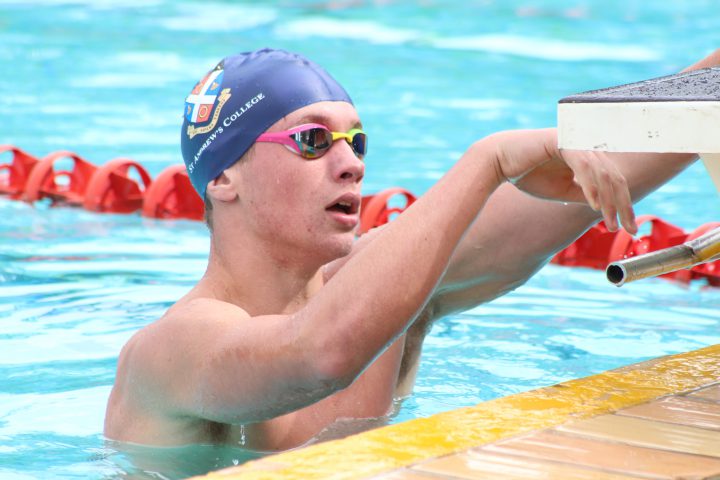 Martin Wolmarans started training with our Professional Swimming Coach, Mrs Sheena Price, in 2012 at the age of 10, whilst attending St Andrew’s Prep. A few months later, he began competing in club galas. He arrived at St Andrew’s College as a Grade 8 in 2016 and from that point onwards he devoted himself single-mindedly to competitive swimming. 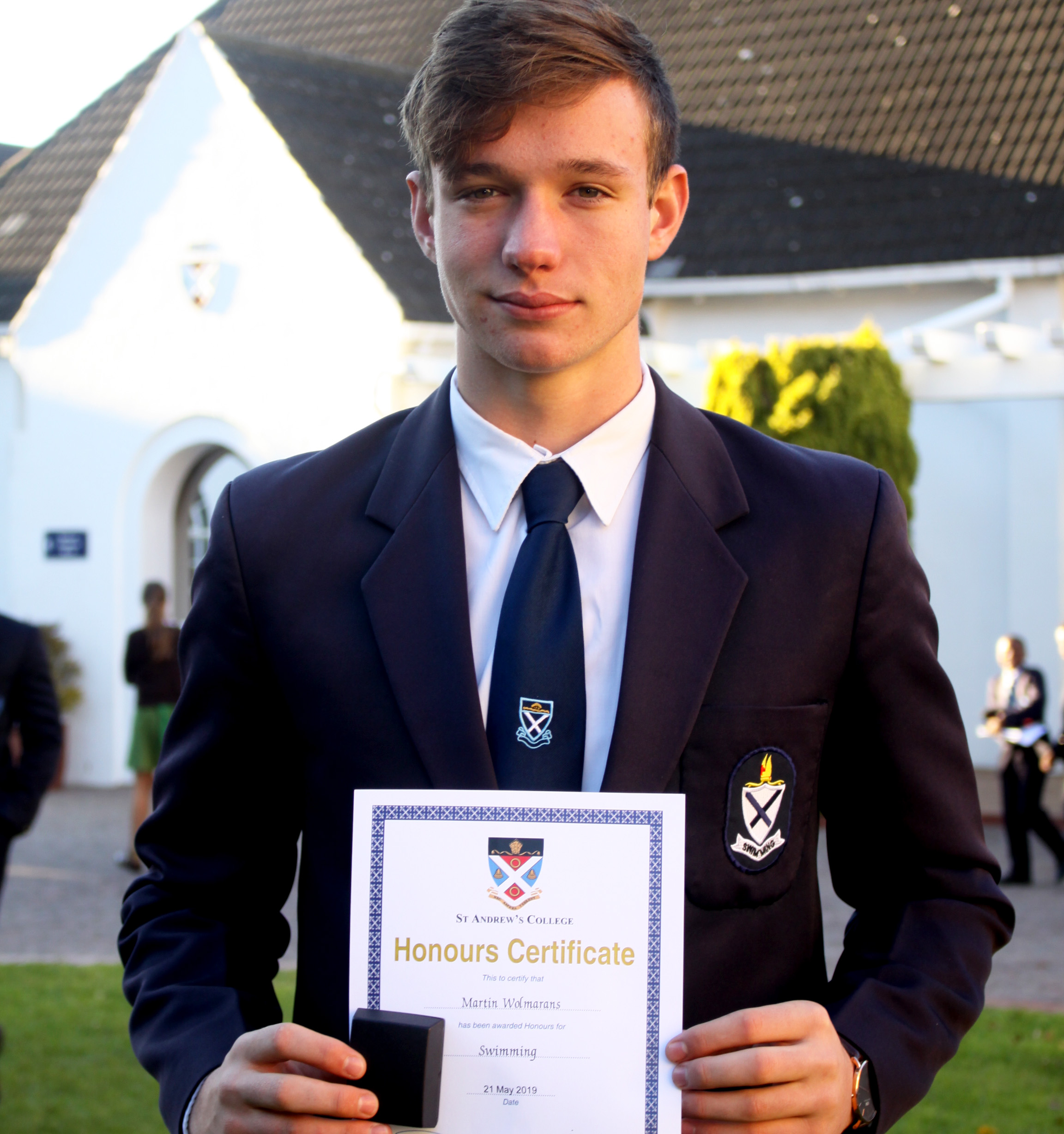 By the end of his first term at College, Martin had won the Junior River Mile and broken numerous Interhouse Gala and School Records. He also represented the Eastern Provincial Clubs and won numerous medals at all of these meets. By Grade 9, he had set five new School Records for various events and distances.

Martin gained his Eastern Province Colours for open water swimming in 2017 and in 2018, he qualified to swim at the Senior Level where he swam against all of South Africa’s top Open swimmers.

Martin has swum at South African National age group level for the past two years, making his presence felt in many of the finals of the freestyle, butterfly and backstroke events, demonstrating his versatility as a swimmer.

He swam his first Eastern Province record in the 50m freestyle at the Junior Nationals of 2018, breaking South African Olympian Christopher Reid’s previous record. He also won a bronze medal in the final of this event at the Senior Nationals, swimming in the Youth division of this competition.

Martin began this year by being named the Eastern Province’s Swimmer of the Month after his performance at the Nelson Mandela Championship Gala in January where he won various gold medals and swam several National Qualifying times.

At the Stellenbosch Grand Prix gala in February, he swam his first Senior Qualifying times and set an Eastern Province Boys-16 50m freestyle record earning a second-place finish in the final of this event. Martin was the youngest swimmer in the final and his placing at this gala established him as the fastest 16-year-old in South Africa.

After competing in the South African Junior Nationals in March, Martin went on to swim at the Senior Nationals in April of this year, breaking his newly minted Eastern Province 50m freestyle record.

With this time, he qualified to swim in the Senior Final where he was placed 7th overall in the country in the Open category, regaining his spot as South Africa’s fastest 16-year-old 50m freestyle swimmer and setting a new Eastern Province Men’s Open record. He also added four new School Records for his other events.

At this competition, Martin was the only schoolboy to be selected to swim in three relays for his provincial team. His exceptional performance in the last leg of the 4x100m Men’s freestyle secured the bronze medal for his Eastern Cape team.

As a result of these outstanding performances, Martin has been selected to represent the Eastern Cape at the upcoming Mare Nostrum gala in Monaco in June.

He has also received nearly 20 individual scholarship offers to swim and study in the USA.

It is fitting then that Martin’s achievements up to this point be recognised by the award of Honours for Swimming.