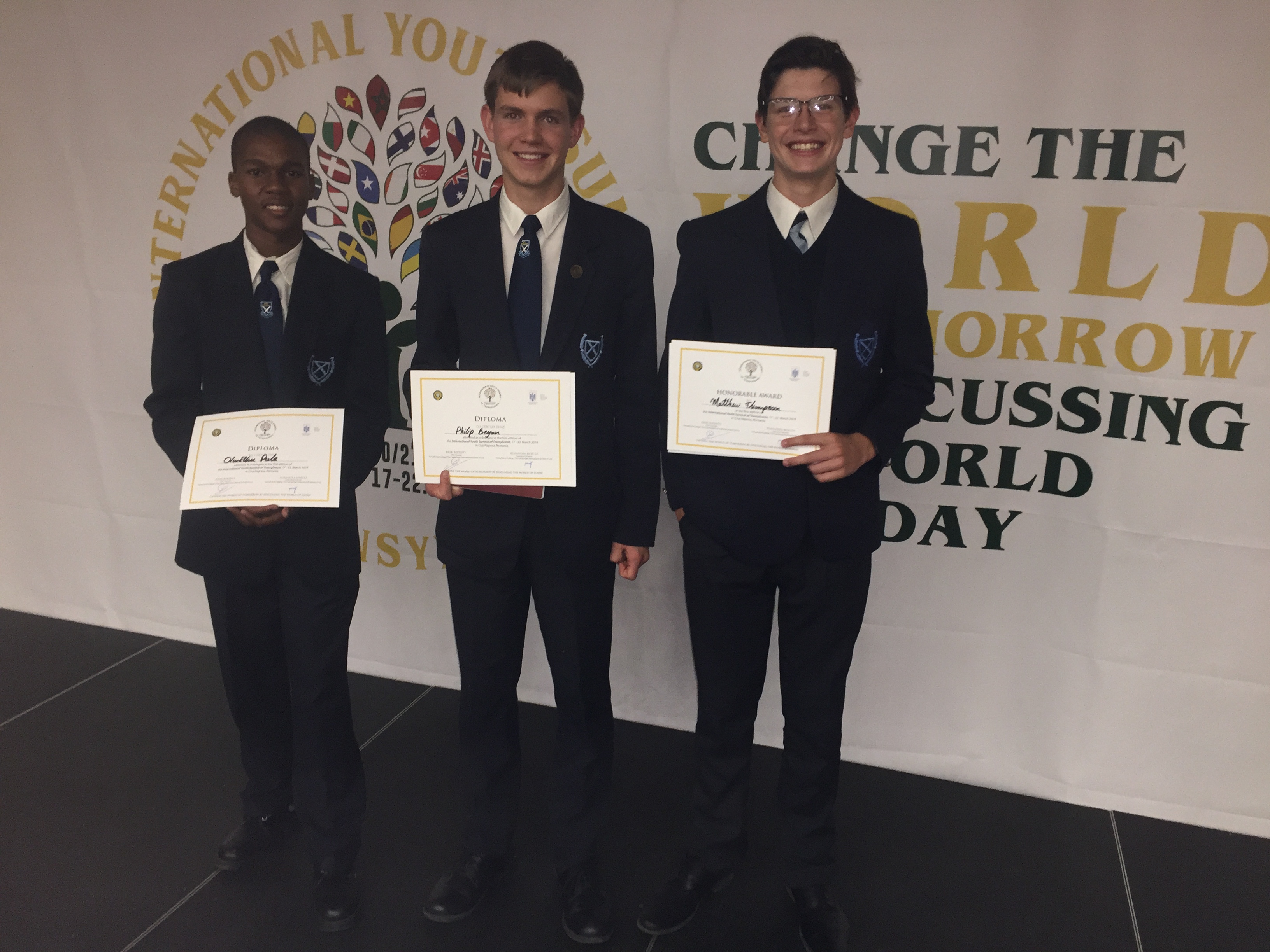 Three College boys, Philip Beynon, Olwethu Pule and Matthew Thompson were afforded a unique opportunity to travel to Romania from 15 to 26 March to participate in the International Youth Summit of Transylvania hosted by Transylvania College in Cluj-Napoca. This event was organised entirely by Grade 11 pupils from the school as a Student Leadership initiative, and they did a superb job.

The boys did not really know what to expect from Romania but the country turned out to be a hidden gem and its people hosted all of us with warmth and generosity of spirit.

The three days of discussion, debate and collaboration offered the College boys a chance to engage with the topics of Education for Diversity, the Right to Education and The Rise of Extreme Nationalism. The overall theme for this year’s conference was “Change the world of tomorrow by discussing the world of today.”

The College boys gave an excellent account of themselves and engaged with the topics wholeheartedly and displayed a high-level of problem-solving ability. After the three days of debate, Philip Beynon and Matthew Thompson were awarded the conference’s highest award, an Honourable Delegate award. Olwethu Pule was awarded a Distinguished Delegate award for his participation in the conference.

It was not all work though, and our boys got to see a huge amount of Romania in a very short period of time. They visited the Baisaora Mountain Resort high in the Carpathian Mountains, where there was still plenty of snow in which to have fun. They also visited the medieval cities of Sighisoara, Sibiu and Sibiel and marvelled at the well-preserved architecture dating back to the 1200s in some cases. A highlight of the tour was a specially-arranged visit to Castle Bran (or Dracula’s Castle as immortalised in Bram Stoker’s Dracula). The boys enjoyed a private tour of the castle at night, led by the fanged villain himself, and then tucked into an incredible three-course dinner held in the castle precinct.

They were also treated to a traditional wedding on one of the post-conference days, with Olwethu Pule walking away as a married man. His heart is now firmly ensconced in Romania!

On the final two days of the tour, the boys travelled to the capital of Romania, Bucharest, where they were again amazed by the beautiful architecture and the rich history of the city. In many ways, Romania is a lot like South Africa: the people are hard-working and desperately trying to leave the legacy of the Communist era behind them – the marks of which are still very evident in everyday life, much like the marks of Apartheid are still apparent here.

I would like to thank our boys for being such wonderful travelling companions and congratulate them on their wonderful achievements at the first International Youth Summit of Transylvania.