Information Evenings in Tanzania and Zambia 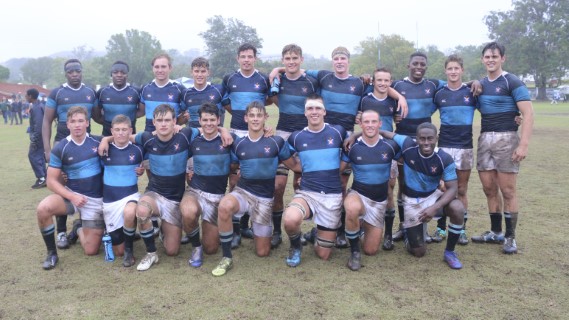 It was a much anticipated start to the 2019 season for the College 1st XV and they did not disappoint with a clinical 47-12 win against the visiting Hoerskool Nico Malan from Humansdorp. Conditions were not ideal on Lower Field after some much needed rain had fallen in Grahamstown in the build up to the game.

College settled any early nerves by scoring early through their captain, Chris Poole, who executed well from a line-out drive. New flyhalf, Connor Stulich added the conversion to make the score 7-0 after just five minutes of play. Due to the pressure being exerted Nico Malan conceded a number of penalties and it was tireless flanker Busang Mmile who was rewarded with a try. Further tries from Poole and Dylan Wilson, which were all converted by Stulich meant that College extended their lead to 28-0 just before the half-time break. It was then that a moment of magic from provincial flyhalf Delron Dickin allowed Nico Malan to bounce back with a try of their own to reduce the deficit, with the half ending at 28-7.

A well worked try to impressive fullback Lloyd Koster and another to centre Jason Thomas meant that College put the result beyond doubt early into the second half, jumping out to a 42-7 lead. Nico Malan never gave up and did score again before hard-working College eighthman Matthew Hillary finished the scoring, with the game finishing 47-12.

It was an impressive, dominant performance from the College pack and in the conditions a real workmanlike performance which has set the tone for the season ahead.