The farming community in the Grahamstown surrounds form the foundation on which our schools stand. Our ethos, down-to-earth and uncomplicated outlook on life, and the generational stories that are fundamental to St Andrew’s College and DSG. Earlier this week Alan Thompson, Headmaster of St Andrew’s College and Shelley Frayne, Head of DSG visited the farm of Murray Danckwerts to symbolically tag the first of our Inkunzi herd as part of a new exciting project. 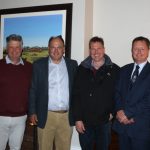 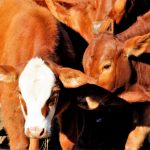 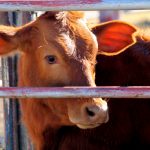 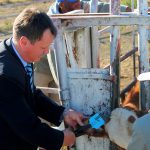 The launch of the Inkunzi Bursary Project took place earlier this evening. Inkunzi means a feisty young bull (metaphorically a typical College boy). The project is by Eastern Cape farmers, for Eastern Cape farmers, to provide a sustainable source of support for our most valuable constituency. Approximately 40% of our pupils come from the Eastern Cape. 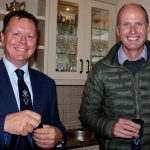 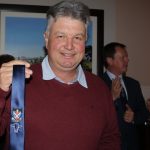 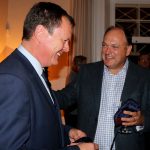 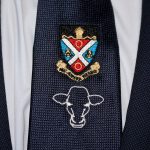 The Inkunzi Bursary Project is a ‘living fund’ and an independent non-profit company managed by the Eastern Cape Farming community, it was established exclusively to raise funds to assist boys and girls from the province so that they may attend St Andrew’s College and DSG. By raising weaner calves at marginal cost on the farms of participating farmers, the initial funding is able to be grown at a good return. Additionally, the fund accepts direct donations. Preference is given to children of Old Andreans and DSG Old Girls. 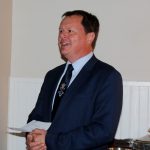 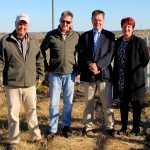 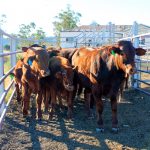 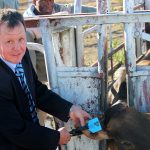 We are incredibly grateful to Dale Ramsden, Malcolm MacKenzie and Murray Danckwerts for their foresight and generosity in creating the Inkunzi Bursary Project. Our gratitude extends to the donors and farmers offering assistance also. Donations have been sufficient to purchase the first herd; the proceeds from which will go towards the creation of a Bursary Fund for Eastern Cape farm children.

CLICK HERE for the details document or read it below: 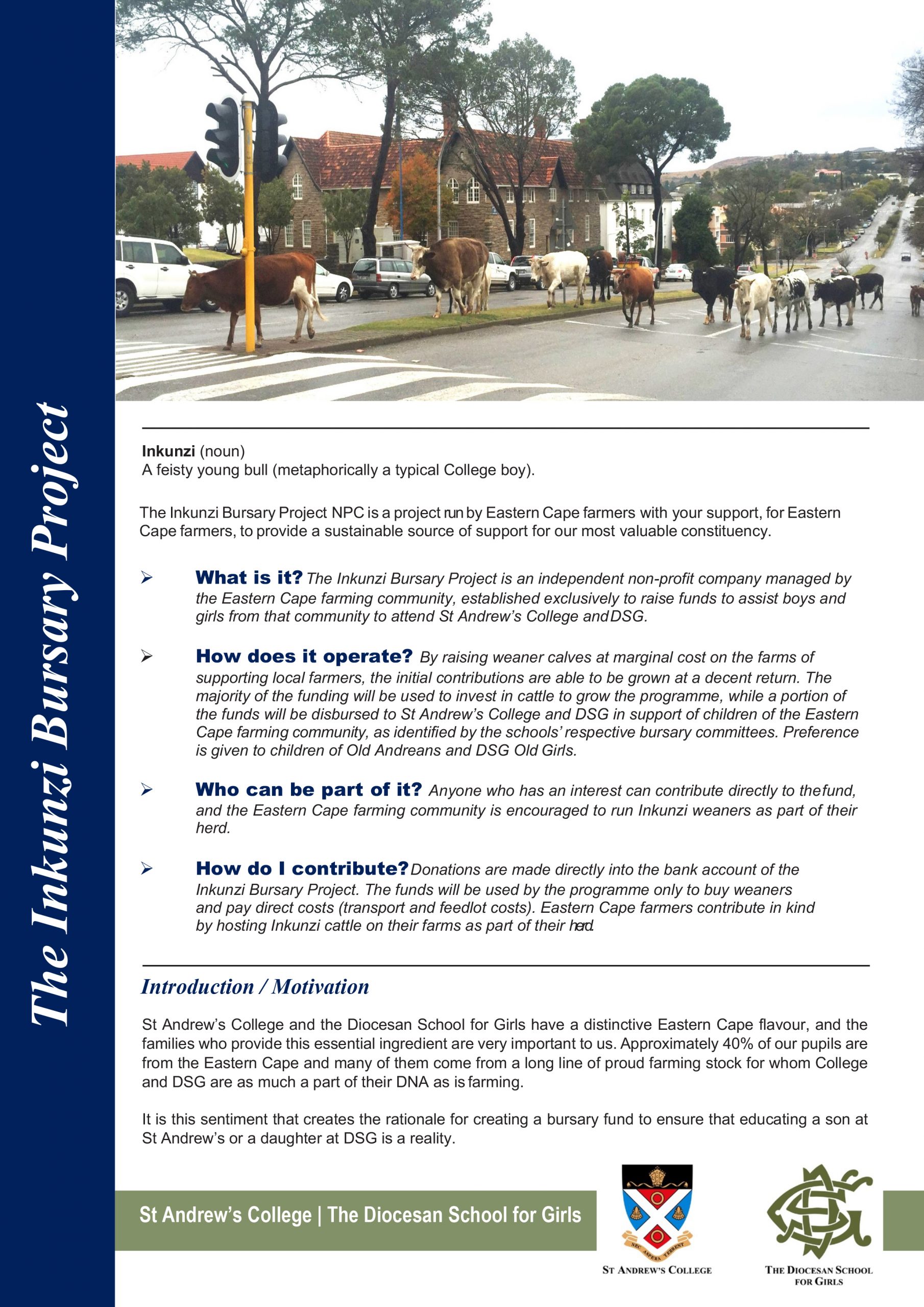 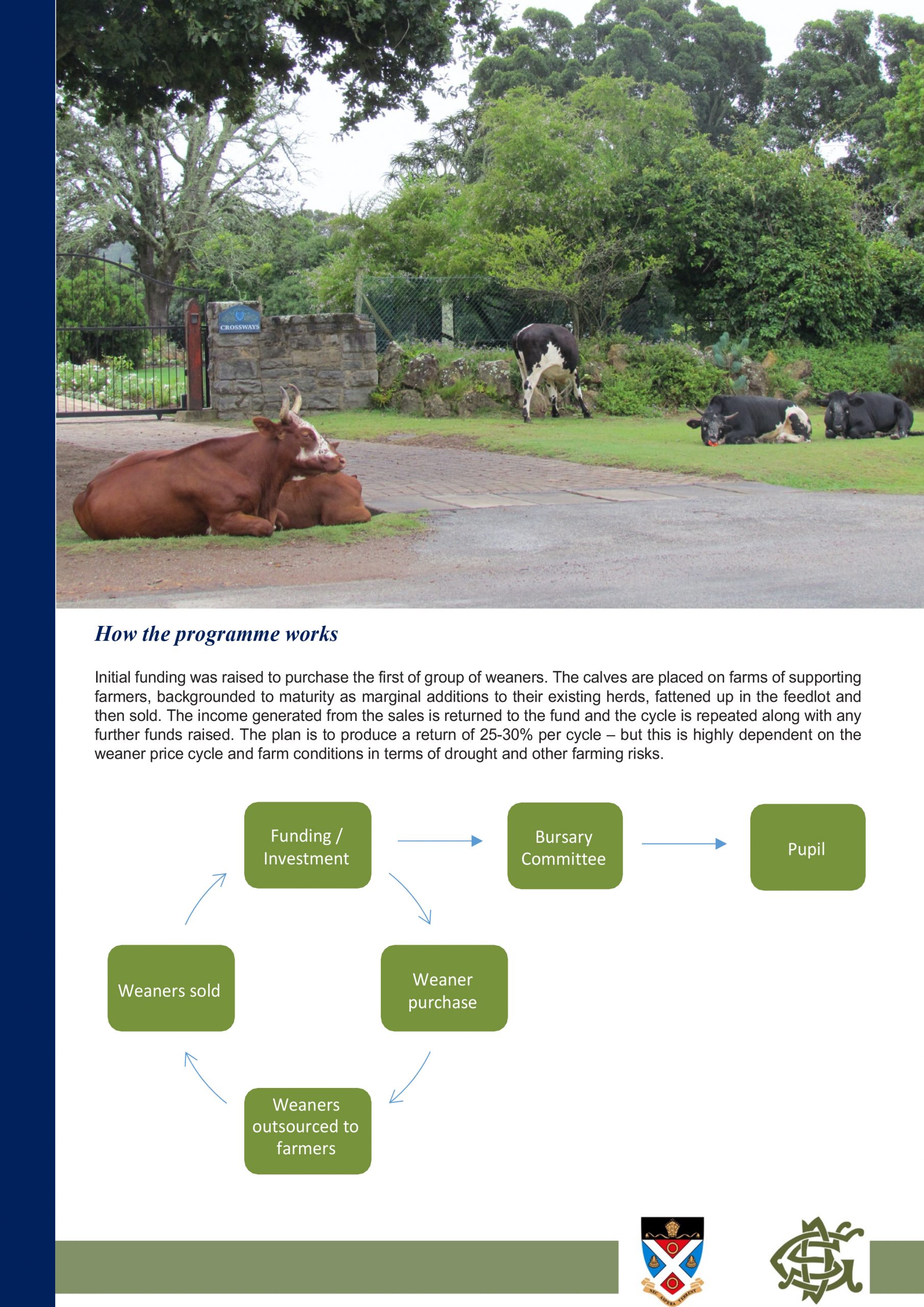 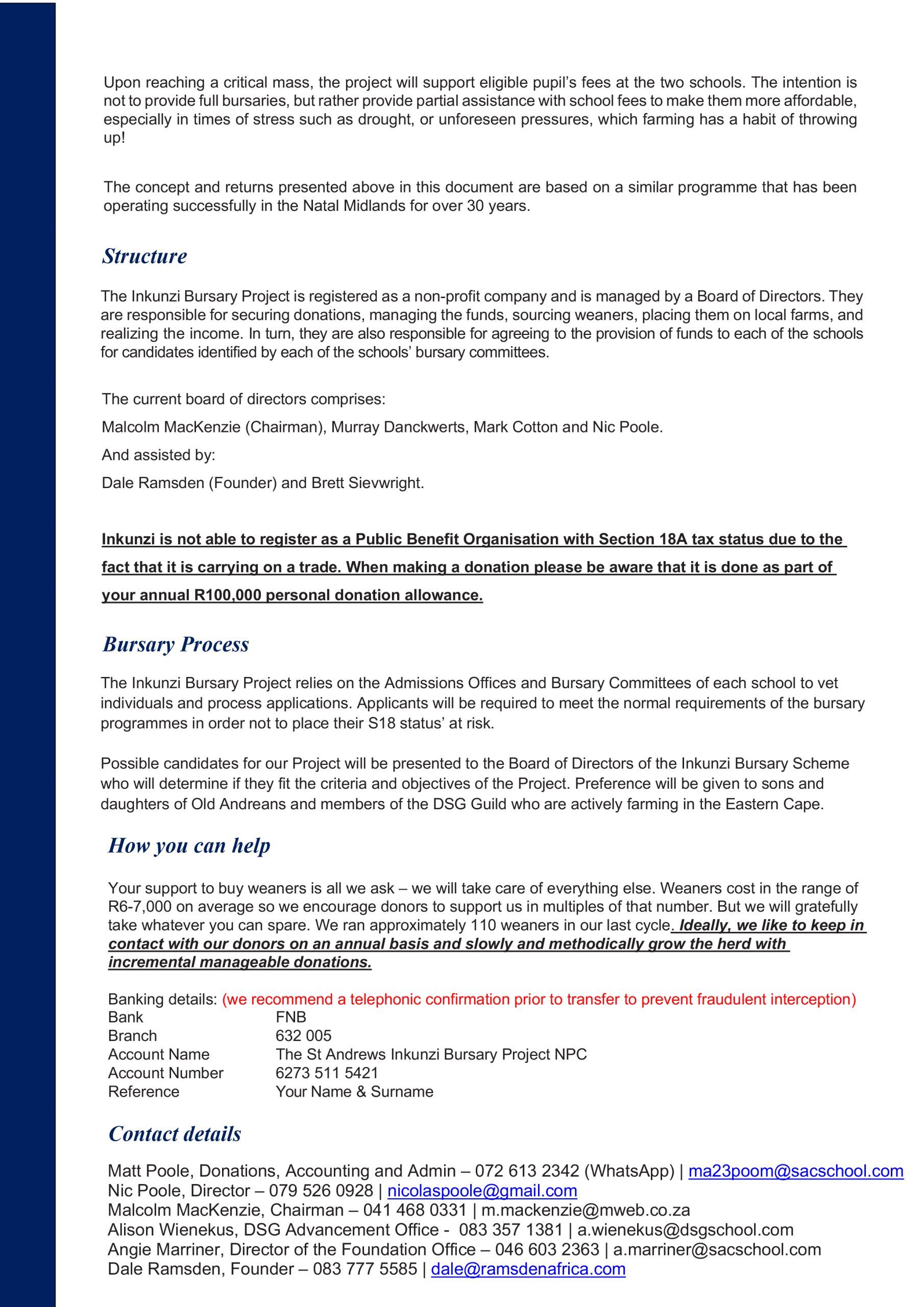