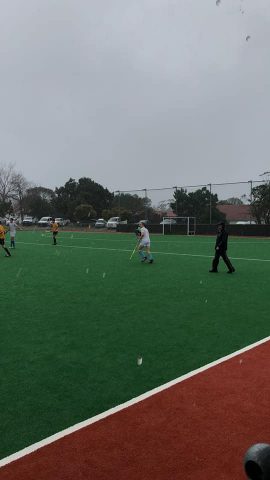 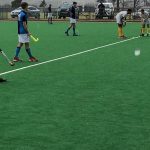 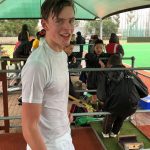 Six College sides travelled to Woodridge College on Saturday and played in freezing, wet weather. Despite the conditions and challenges, the boys showed a positive attitude and gave of their best in their matches. The U16D had a close encounter with Woodridge U16C and scored the equaliser in the second half, after some excellent interplay between Mfundi Leta and Neil Karimba.

The U14A had another excellent win, while the U16C team beat the Woodridge U16B team. Murray Campbell, Taine Hartzenberg and Tom Harper all made valuable contributions, as did goalkeeper, Matthew Thompson.

The U16A were composed, well-structured and enjoyed more possession than their opponents, but could not create goal-scoring chances, and unfortunately lost 1-0. Matthew Pope, Murray Bowker and Kirk Nevay all having excellent games.

The 2nd XI continued to play an excellent brand of passing and attacking hockey, and won their match convincingly, with Matt Mackenzie having another excellent game in midfield.

Although the 1st XI enjoyed much of the ball in the first half, they were unable to create goal scoring chances, and conceded a goal on the break giving the talented Woodridge side encouragement. Josh Marx and Tom Russell made excellent contributions in the midfield, and Joe Fisher did likewise on attack. However, the College defence struggled and the team went 2-0 down early in the second half. Despite continuous pressure on the Woodridge defence towards to end of the match, and two well-deserved goals, it was not enough and Woodridge won the match 3-2.