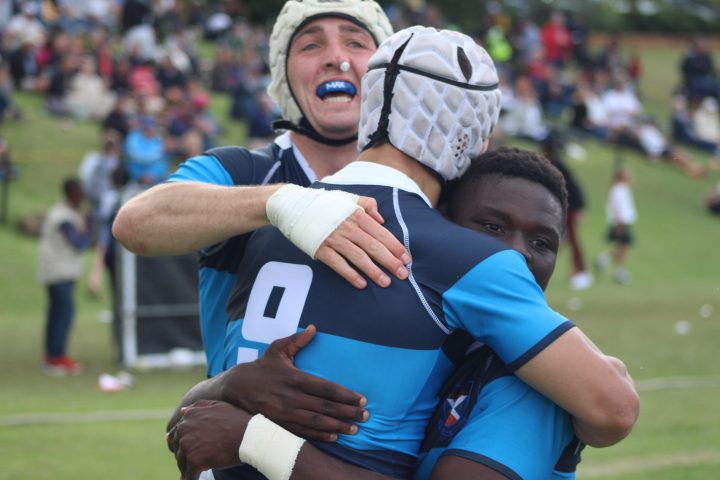 The St Andrew’s College 1st XV got off to a dream start against Hudson Park at the Graeme College Rugby Day on Saturday with Byron Sharwood finishing brilliantly to score in the first minute, after a great offload in the tackle by Matt More. Murray Wilson converted from the corner to give College a very early 7-0 lead. A couple of errors from the College side meant that further chances to put points on the board were lost. A steal against the throw from a Hudson park lineout in the 23rd minute, followed by a clever, well weighted box kick from Oscar Evans, resulted in a try for Graham de Vos. Murray Wilson again converted from out wide to put College clear by 14-0.

Five minutes later, Anthony More, on debut, out sprinted the Hudson Park cover defence to score after a good turnover in the midfield. This meant that College went into the half-time break up 19-0.

After the break a great team try was finished off by Oscar Evans, after good work from Zadok Makani and Christian Roebert. Hudson Park hit back with a well taken try of their own, which was well converted by their elusive and hard running flyhalf. College ended the game strongly with a well-constructed try by Jack Allanson, after good work in the lineout by the College pack. It was an exciting game of rugby with both sides willing to run the ball and create chances. On the day College won 31-7 and can be pleased with their performance, as they now look forward to hosting Bishops this coming weekend on Lower.