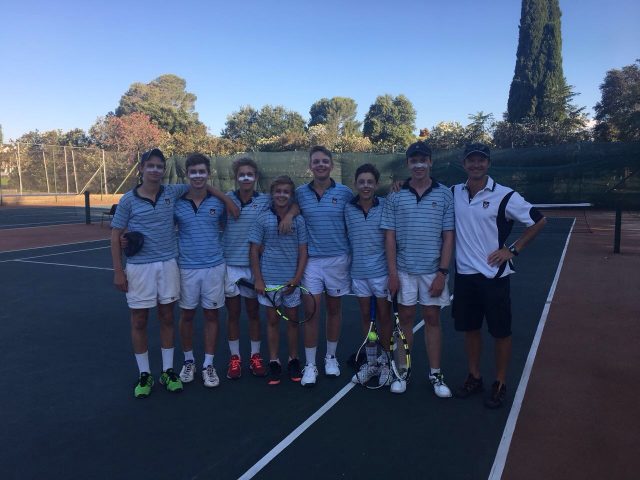 The College 1st team, consisting of Scott Cuthbert, Dylan Bowker, Ryan Stoddart, Ignus Potgieter, Gareth Sparks, Dylan Marx and Luke Taylor, took part in the Tjaart Vorster tennis tournament hosted by Marlow in Cradock over half term. 12 teams from all over the country took part and College was placed in a group with Marlow, Oakdale, Gill, Voortrekker and Fairmont. College went down narrowly 4-5 to Marlow and then did well to take two matches against the tournament favourites, Oakdale. However, our boys showed their class and took maximum points against Voortrekker and Gill and only dropped one match against Fairmont. That meant College ended 2nd in the group due to their total points tally. The play-off match for 3rd/4th was against Cradock High – a team consisting of several provincial players. College trailed 2-3 after the initial singles matches and that left Gareth Sparks on court in a titanic battle to level the scores. The momentum in that match went back and forth and the spectators were treated to a great display of school boy tennis. Cradock took that match in the third set tie break which gave them a commanding 4-2 lead going into the doubles, which meant College needed to win all three doubles matches. It was a tall order and Cradock managed to win one doubles match to secure their 3rd place and placing College 4th.

The College team showed fantastic spirit and gave their best efforts in every match they played, but special mention must be made of Dylan Marx who was unbeaten at the event. The team gained valuable experience and have benefited greatly from attending this event. 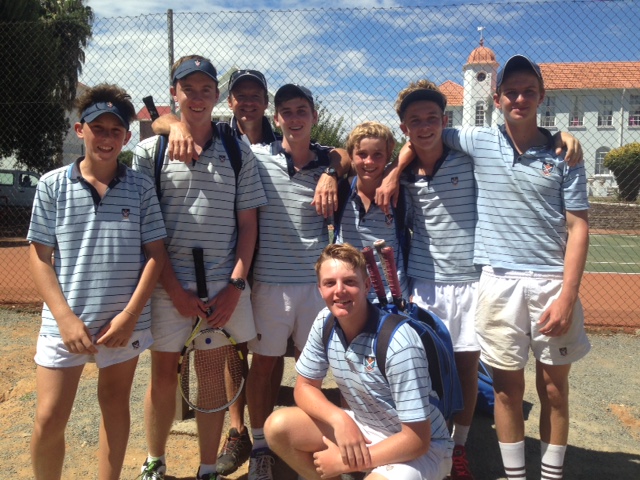 Well done to all the tennis players.