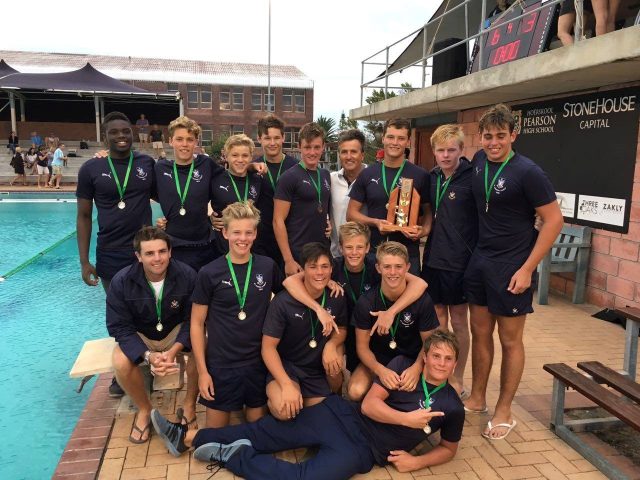 The St Andrew’s College 2nd Water Polo team took part in the inaugural Pearson National Tournament this past weekend in Port Elizabeth. With 10 teams participating, the side comfortably won their first 2 Pool A matches against Glenwood from Durban and Wynberg Boys’ High School. Our third pool game was a very tight encounter with our Eastern Cape rivals Selborne. They played exceptionally well in the hotly contested game and deservedly ran out 4-2 winners. The last pool match was against a plucky St David’s, but the team managed to hold thier nerve and stay calm under pressure to secure a hard fought 4-3 victory.

The next morning they played super polo in both the quarter and semi-finals and won both these games comfortably and in fine style. In the Final, they played Selborne College again, who had earlier earned their spot by beating Grey on a penalty shoot-out. In this pressure game, they managed to keep their composure during crucial periods, defended like true champions (including a sensational penalty save by goalkeeper William Crutchley) and scored some brilliant goals, to deservedly run out 7-4 victors.