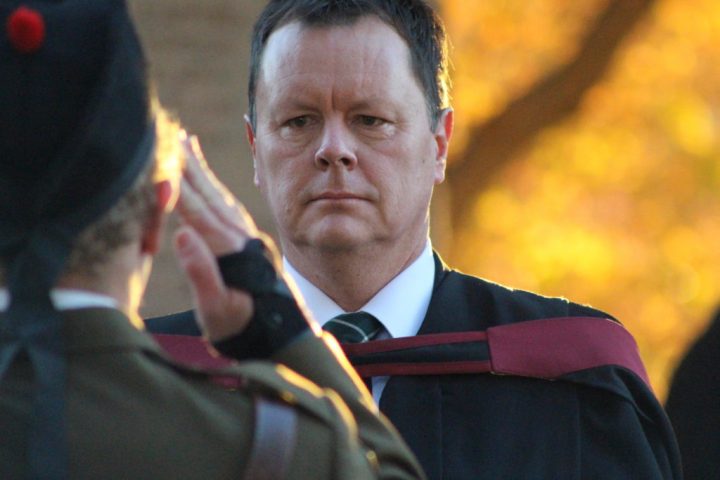 When the order came to “Take the wood and hold it at all costs” over three thousand South African Soldiers and 121 Officers did just that – entrenching themselves among the silver birches and hillocks of what was known as Delville Wood, near the village of Longueval, in France.

Today we come together, 100 years after the start of the battle of Delville Wood, to commemorate the men who displayed extreme bravery, courage, and paid the ultimate sacrifice in that terrible battle. In particular, we honour today our own, the Andreans who served and fell at Delville Wood.

We do not gather here to glorify war, for in war even the victors are victims – their humanity wounded, they carry scars that never completely heal.

We do not gather to celebrate battles or gloat in ultimate victory. For when two sides go to war winner and loser both lose part of their humanity.

We do not gather solely to commemorate the dead, for the act of war causes a part of every soldier to die.

And we do not gather to light heartedly pay lip service to an event in a calendar. For the connections between this day and St Andrew’s College run deep. The contribution of the Andrean Community is significant amongst the contribution of South Africa to the Battle of Delville Wood, and indeed to World War 1.

We do not gather out of some sense of empathy. Most of us cannot truly imagine what it must be like to be called to a war on this scale. The horrors of those who spent weeks and months in the trenches around Ypres, Somme and Verdun are incomprehensible to us.

We gather today to give thanks to God that, in times of absolute turmoil, there were men who did answer the call. They stepped forward and committed themselves, sacrificing all that they had. We are the beneficiaries of that.

They were boys who lived in these Houses. Look around you. These boys are you boys. Andreans filled with commitment and passion. Marguerite Poland describes those young Andreans as “innocent and idealistically heroic”.

I mention just three of the many:

Picture young Eric Fincham. He could be any one of us here today. An Armstrong boy, by all accounts not the strongest academically, but he gave of his all in Second team Rugby. He was made a prefect in 1914. He played in the Armstrong vs South House rugby match in September 1914 (in those days Upper was made up of ‘North’ (which is the current Upper, and ‘South’ (which is today Merriman) )

The 1914 Andrean Magazine Match report recounts a very uneven match with “South excelling their adversaries in every department”. South eventually ran off the field victorius, beating Armstrong 55 points to 16. It could have been this past weekend.

Picture Ashley Harris –A prefect in Espin in 1915. He also played rugby for the 1915 version of the “wild dogs”. He ran out onto Lower with the same pride as we do today as he ran on for the 1915 game against Rhodes University College, which we lost 18 nil.

Or Barry Elliot. A musician who played the violin and the piano , he was a chorister an a great athlete (winning Victor Ludorum in 1897 and 1898). Barry played first team rugby and was a prefect in his House.

These boys are our boys. Andreans so filled with life, commitment, and passion. They slept where you sleep, and lived many of the traditions that you do today.

And that true Andrean spirit never faded as they felt the call to duty. In the Headmaster’s report for December 1914 he notes “A good many of our boys were summoned to East London for training, and every one of them volunteered for active service, but as the Government decided not to accept students they have all returned to school”

By 1916 our three were all in France, with letters home letting parents know “In three days time or thereabouts we shall have launched fairly upon our great adventure. I am glad it has come after nearly six months of inactivity”

“We are going into action in about two day’s time. . . We are leading the attack so I sincerely hope that it will succeed, otherwise most of us won’t have much further interest in this or any other war”

By the 18th of July 1916 Fincham and Harris, together with many others like them not mentioned here, had died of their injuries sustained at Delville Wood. Barry Elliot died of his injuries that September.

Captain S. J. Worsley, MC, who fought at Delville Wood and survived described it as follows:

“Every semblance of a trench seemed full of dead-sodden, squelchy, swollen bodies. Fortunately the blackening faces were invisible except when Verey lights lit up the indescribable scene. Not a tree stood whole in that wood.

Food and water were very short and we had not the faintest idea when any more would be obtainable.

We stood and lay on putrefying bodies and the wonder was that the disease (dysentery) did not finish off what the shells of the enemy had started.

There was hand-to-hand fighting with knives, bombs, and bayonets; cursing and brutality on both sides such as men can be responsible for when it is a question of “your life or mine”; mud and filthy stench; dysentery and unattended wounds; shortage of food and water and ammunition.”

I recount these words not out of macabre fascination, but the horror of them make me reflect on whether, if faced with the same circumstances, I would be able to face as much or display such courage as those young men in that most terrible of wars.

It is with deep reverence and respect, then, we pay tribute today to the Old Andreans, and all who served at Delville Wood. Their deeds were brave, their commitment total. Their sacrifices must not be forgotten.

As it is inscribed on the clock tower

“Remembering the pupils of this College,
Who, fighting bravely and patiently, on the earth and sea and in the sky,
Achieved as they died,
Freedom for us,
Peace for themselves.”

We who remain stand as a living monument. A monument to all that is good, to that sense of humanity that is destroyed by war. That our life, our light shines out into the world as a sign, a beacon of excellence, a symbol of hope. To lead exemplary lives of significance.

We are not some dusty old memorial in the middle of a busy street. We are alive, our life a continual reminder of how fragile peace is, and that we only have it through those who gave theirs for it.

Through lived Christian values we are able to shine as God’s light in a dark and troubled world. To be exemplary is to shun mediocrity and embrace excellence, absolute excellence, monumental excellence.

What will our contribution be to the continuum of human history? We have been destined to be born into an era of relative (although not complete) peace. We are, however, destined to live in times of great change and uncertainty.

As Andreans we are called to stand true to the sacrifice of generations past, that through principled lives of significance we may lead truly monumental lives.

As the memory of the Andreans who gave their lives in the service of their country at Delville Wood becomes more distant, let us never forget them. The receding memory of war is the gift that they have left us. 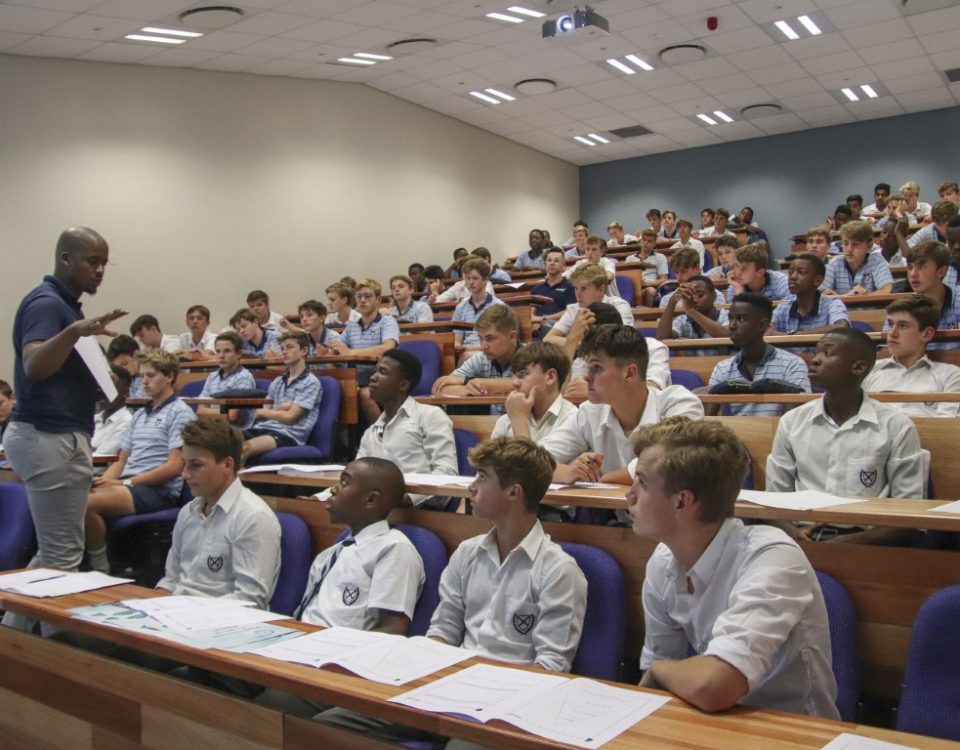